The fears in the financial markets subsided rather quickly this week, including Yuan’s exchange rate. USD/CNH formed a temporary top at 7.0226 and retreated notably. Nevertheless, the pull back is so far relatively shallow and is contained above 6.9526 minor support. Further rise remains mildly in favor. Sustained break of near term channel resistance will indicate bullish reversal for 7.0867 resistance. However, break of 6.9526 will indicate completion of rebound from 6.8452 and keep the decline from 7.1953 intact. The next move will depend on the breakthrough in the coronavirus outbreak, in either way. 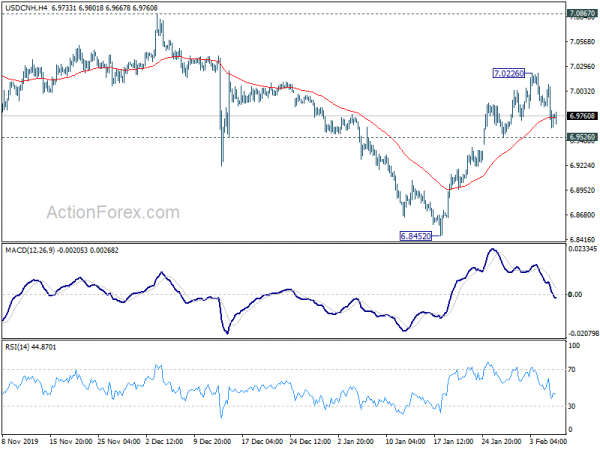 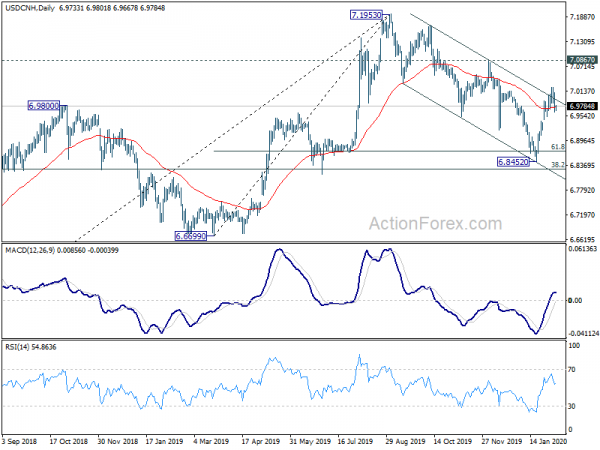