USD/CNH has little reaction to the release as consolidation continues below 7.1649 temporary top. For now, rise from 6.8452 could still extend higher. But such rise is seen as the second leg of the consolidation pattern from 7.1953. Hence, we’d expect strong resistance from 7.1953 to limit upside to start the third leg. Break of 7.0562 resistance turned support will be the first sign of near term reversal. 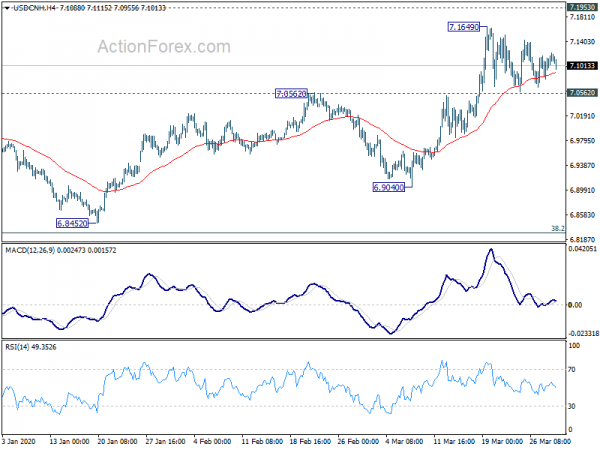 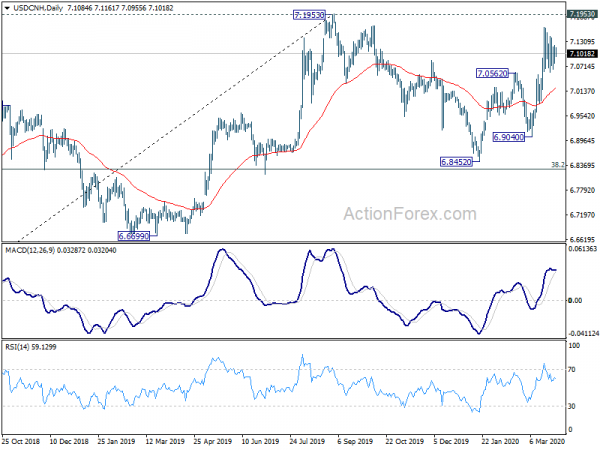