USD/CNH remains bounded in range after the releases, having little reactions. Outlook is unchanged that the structure of the rebound from 6.8452 suggests that it’s the second leg of the corrective pattern from 7.1953. Hence, we’d expect upside to be limited by this 7.1953 resistance to bring another fall. Break of 7.0523 would start the third leg towards 6.8452/9040 support zone. 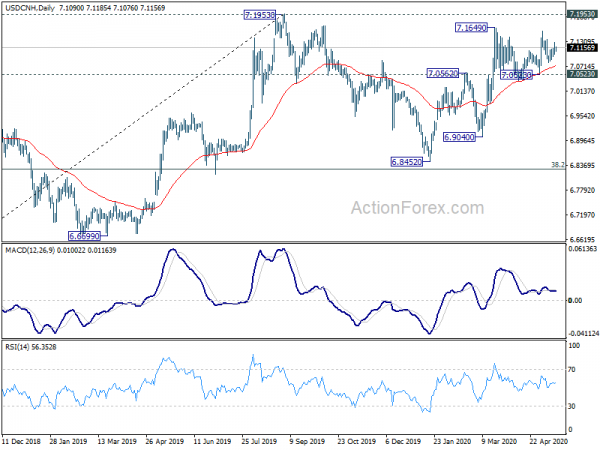 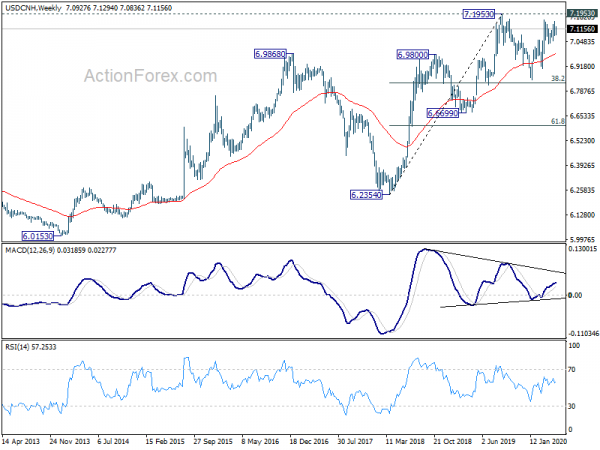