Swiss KOF Economic Barometer rose to 59.4 in June, up fro 49.6, but missed expectation of 77.0. That’s the first rise after three months of decline. But it remained “considerably below its long-term average”. The ” prospects of the Swiss economy are very subdued, but brightening up somewhat compared to the previous months,” KOF said. 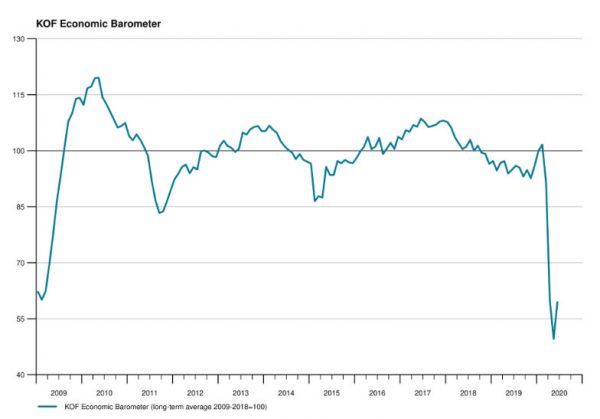 “The negative tendencies of the indicator groups of the individual sectors, which had led to a halving of the barometer value since the beginning of the year, now seem to have been halted. The outlook for the manufacturing sector remains at a very low level, but is brightening up the strongest compared to the other sectors. Also starting from a very low level, the sets of indicators from other services and construction are sending slightly more positive signals. By contrast, the prospects for the hospitality industry and those of consumers remain bleak.” KOF added.

Swiss Franc Extends Its Gains In The Morning Session

Swiss Franc Trading A Tad Higher In The Morning Session