Uk PMI services finalized at 61.0, surge of pent up demand started to flow through

Tim Moore, Economics Director at IHS Markit: “April data illustrates that a surge of pent up demand has started to flow through the UK economy following the loosening of pandemic restrictions, which lifted private sector growth to its highest since October 2013. The roadmap for reopening leisure, hospitality and other customer-facing activities resulted in a sharp increase in forward bookings and new project starts across the service sector. If the rebound in order books continues along its recent trajectory during the rest of the second quarter, then service sector output growth looks very likely to surpass the survey-record high seen back in April 1997.” 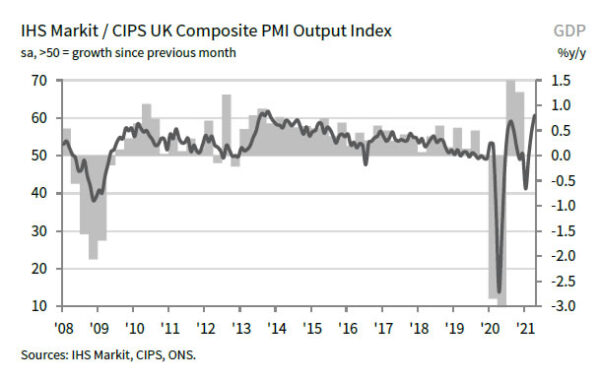