Japan PMI manufacturing dropped to 52.7, but services jumped to 54.2

“Activity at Japanese private sector businesses rose solidly at the midway point of 2022 as border restrictions related to the COVID-19 pandemic were eased. The rise was the fourth in as many months and the sharpest recorded since last November amid the strongest expansion in the services sector since October 2013, with firms relating the increase to the return of international visitors. Concurrently, manufacturers signalled the softest upturn in the current four-month growth sequence as COVID-19 restrictions in mainland China contributed to further supply chain disruption and exacerbated existing supply and demand pressures.

“Private sector firms also noted a further robust increase in prices in June. While the rate of input price inflation remained broadly similar to May’s series record, the slight easing in inflation was the first for five months and provided tentative evidence that the rise in input prices had peaked. That said, prices charged for Japanese goods and services rose at an unprecedented rate for the second successive month as higher material and staff cost burdens were partially passed through to customers.” 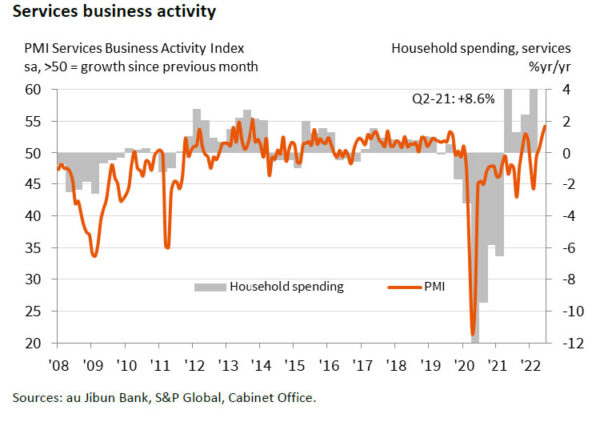 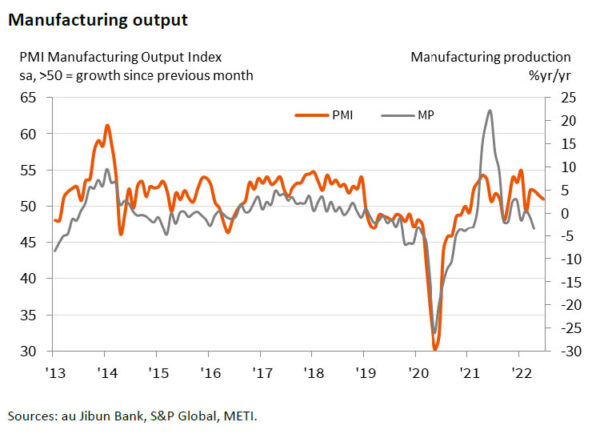