“The ZEW Indicator of Economic Sentiment decreased again in September. Together with the more negative assessment of the current situation, the outlook for the next six months has deteriorated further. The prospect of energy shortages in winter has made expectations even more negative for large parts of the German industry. In addition, growth in China is assessed less favourably. The latest statistical figures already show a decline in incoming orders, production, and exports,” comments ZEW President Professor Achim Wambach on current expectations. 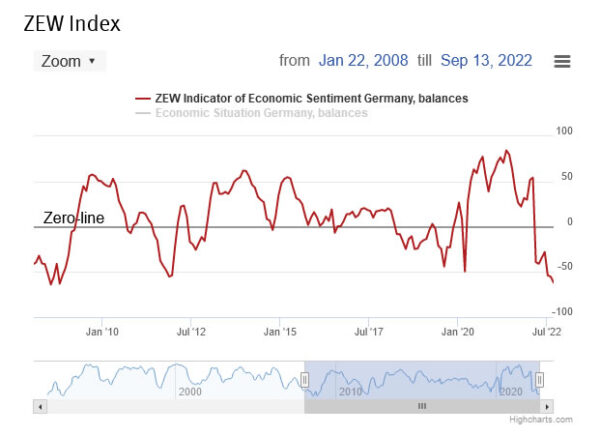