“Many households are currently forced to spend significantly more money on energy or to set money aside for significantly higher heating bills. Accordingly, they need to cut back on other expenses, such as new purchases. This is sending consumer sentiment plummeting to a new record low.” 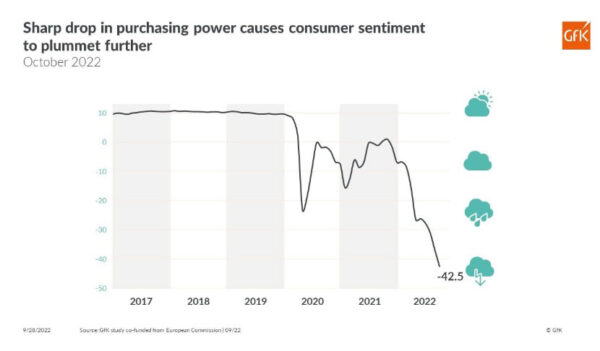