Chris Williamson, Chief Business Economist at S&P Global Market Intelligence said: “The ugly combination of a manufacturing sector in recession and rising inflationary pressures will add further to concerns about the outlook for the eurozone economy… Excluding the initial pandemic lockdowns, eurozone manufacturers have not seen a collapse of demand and production on this scale since the height of the global financial crisis in early-2009. 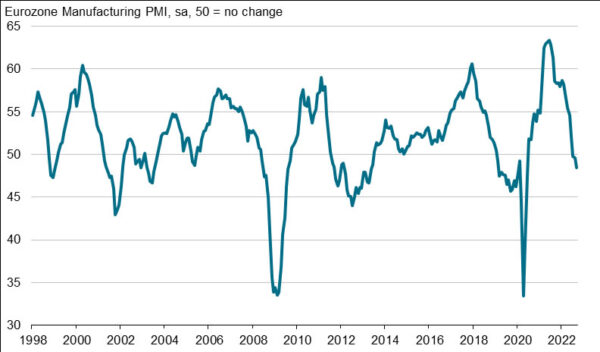