Chris Williamson, Chief Business Economist at S&P Global Market Intelligence said: “Any hopes of the eurozone avoiding recession are further dashed by the steepening drop in business activity signalled by the PMI. Not only is the survey pointing to a worsening economic downturn, but the inflation picture has also deteriorated, meaning policymakers face an increasing risk of a hard landing as they seek to rein in accelerating inflation. 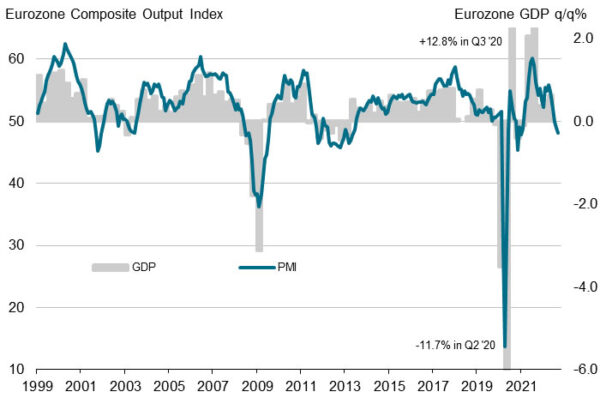