Chris Williamson, Chief Business Economist at S&P Global Market Intelligence said: “The PMI signals some welcome moderation in the intensity of the eurozone manufacturing downturn in November, which will support hopes that the region many not be facing a winter downturn as severe as previously anticipated by many. However, the survey’s production index continuing to run at one of the lowest levels recorded over the past decade. At these levels the survey is indicative of a marked annualised rate of contraction of approximately 4%. While official manufacturing data have been more buoyant – and more volatile – in recent months, such weak PMI readings have always been followed by commensurate steep declines in the official statistics.” 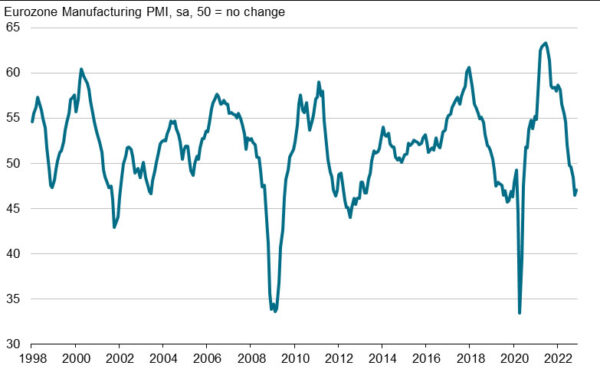