Chris Williamson, Chief Business Economist at S&P Global Market Intelligence: “A further economic contraction signalled by the PMI surveys hints at a growing recession risk for the UK. A change of government and its new economic policies may have helped arrested some of the financial market volatility after September’s ‘mini-budget’ but the economic picture remains stubbornly unchanged. ”

“The overall rate of economic contraction has held steady compared to October, indicative of GDP falling at a quarterly rate of 0.4%. As such, this is the toughest spell the UK economy has faced since the global financial crisis excluding only the height of the pandemic. 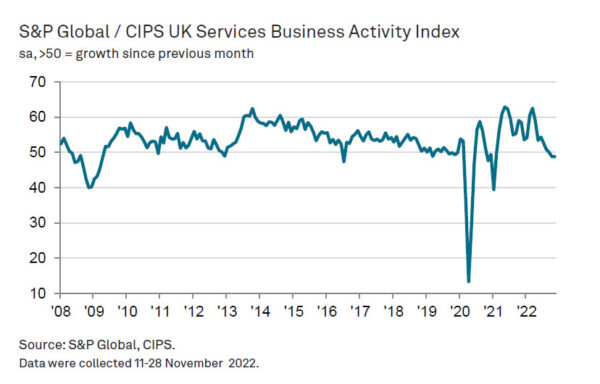