AUD/USD’s fall from 0.7748 last accelerated to as low as 0.7366 last week. Bearish outlook is unchanged and further fall is expected to 0.7144/7158 support zone. However, there is no clear sign of larger down trend resumption yet. Hence we’ll be cautious on strong support from0.7144/58 to contain downside and bring rebound. 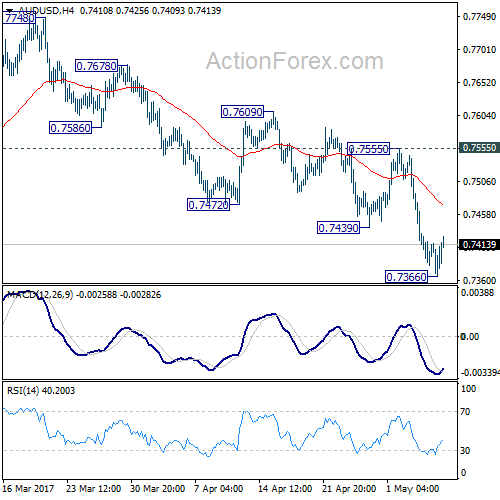 Initial bias in AUD/USD is neutral this week for consolidation above 0.7366 temporary low. Upside of recovery should be limited below 0.7555 resistance and bring fall resumption. Break of 0.7366 will turn bias back to the downside for 0.7144/7158 support zone. We’ll be cautious on bottoming there. On the upside, break of 0.7555 resistance will argue that fall from 0.7748 has completed and will turn bias back to the upside. 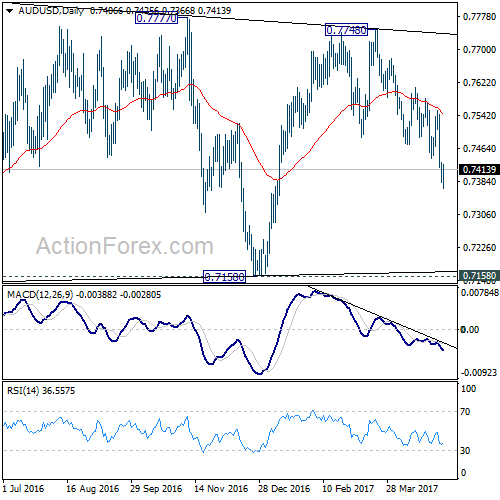 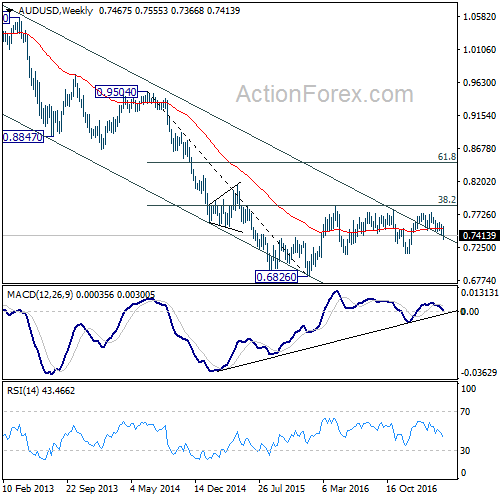 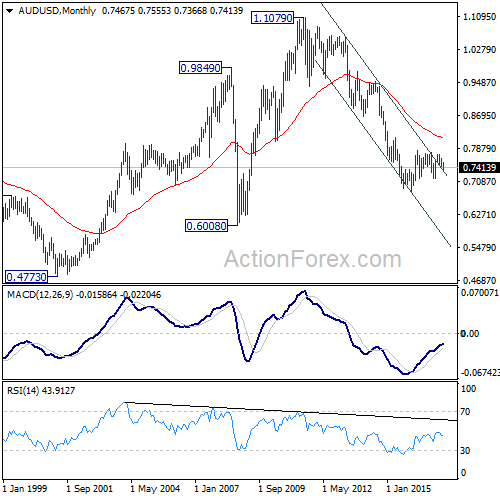