AUD/USD’s rise continued last week and edged higher to 0.7227, but retreated since then. Upside momentum has been clearly diminishing as seen in 4 hour MACD and a short term top should be around the corner. Initial bias is neutral this week first. On the downside, break of 0.7063 will turn bias back to the downside for 0.6776, for correcting the whole rise from 0.5506. Nevertheless, above 0.7227 will extend the rally towards 0.7323 long term EMA. 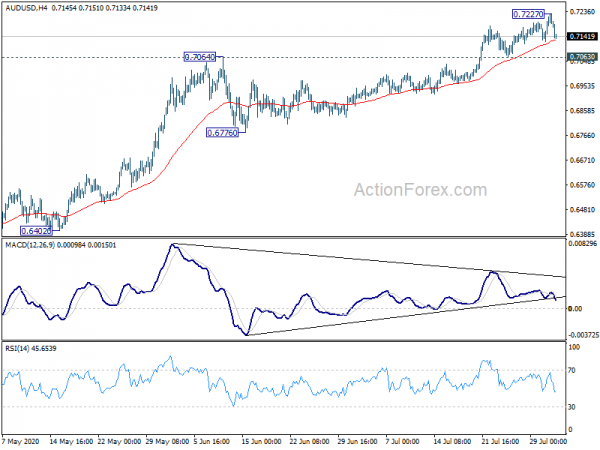 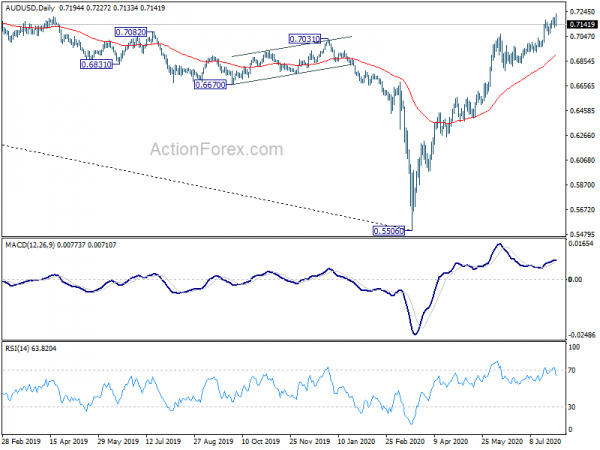 In the longer term picture, there is no change in the view that down trend from 1.1079 (2011 high) is still in progress. Such down trend could extend through 0.5506 low after completing the corrective rise from there. However, sustained break of 55 month EMA (now at 0.7324) will raise the chance of long term reversal and turn focus back to 0.8135 key resistance. 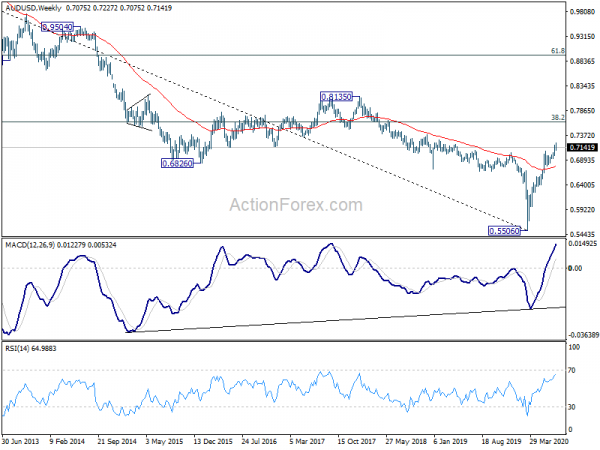 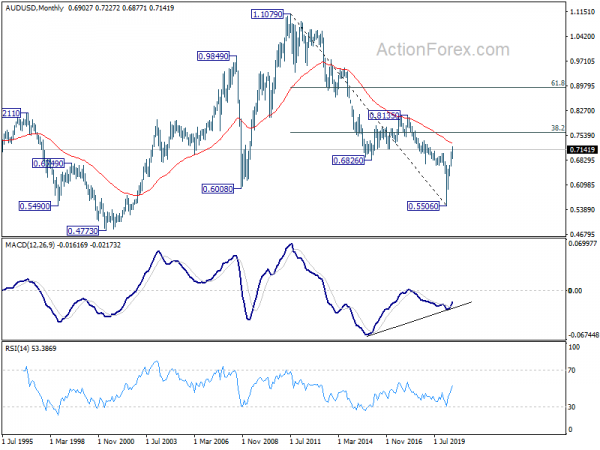