AUD/USD edged higher to 0.7890 last week but retreated sharply from there. Though, downside was contained above 0.7673 support. Initial bias remains neutral for this week and further rise is still expected. On the upside, above 0.7890 will resume the rally from 0.7530 to retest 0.8006 high. However, firm break of 0.7673 support should extend the correction from 0.8006 with another falling leg. Intraday bias will be turned back to the downside for 0.7530 support and possibly below. 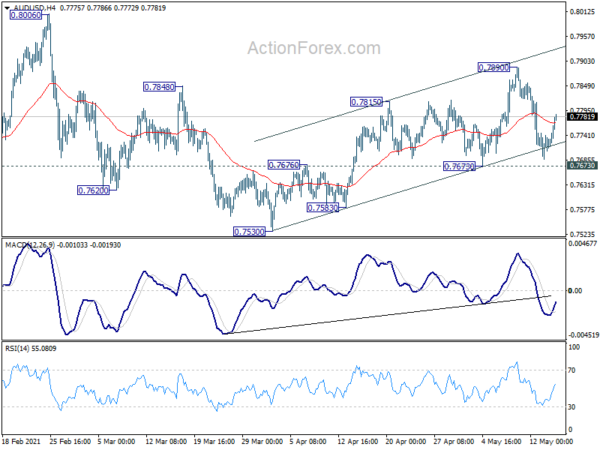 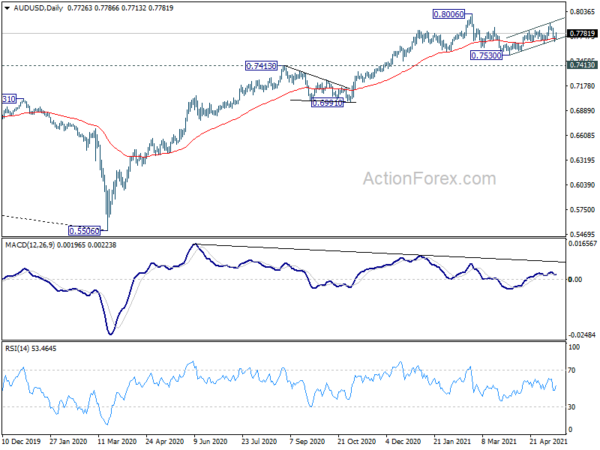 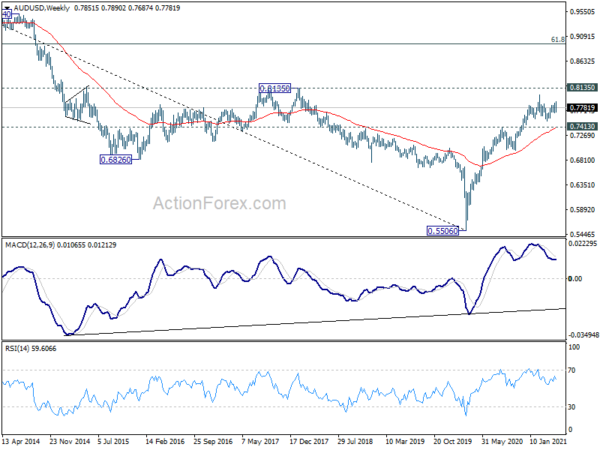 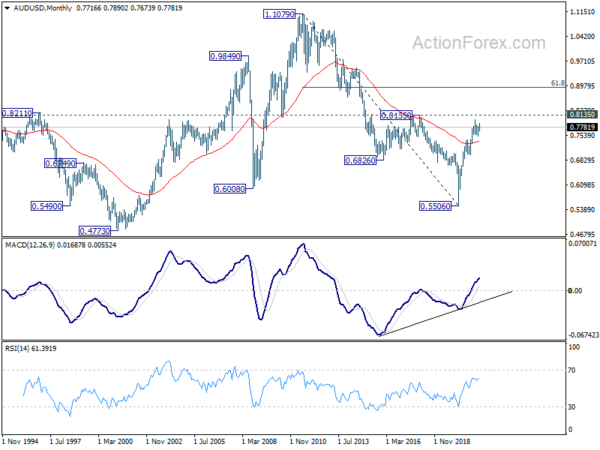