AUD/USD edged higher to 0.7045 last week but retreated since then. Initial bias is neutral this week first. On the upside, break of 0.7045 will resume the rebound from 0.6680 to 0.7282 key resistance next. On the downside, however, break of 0.6858 minor support will argue that the rebound is over. Intraday bias will then be back on the downside for retesting 0.6680 low. 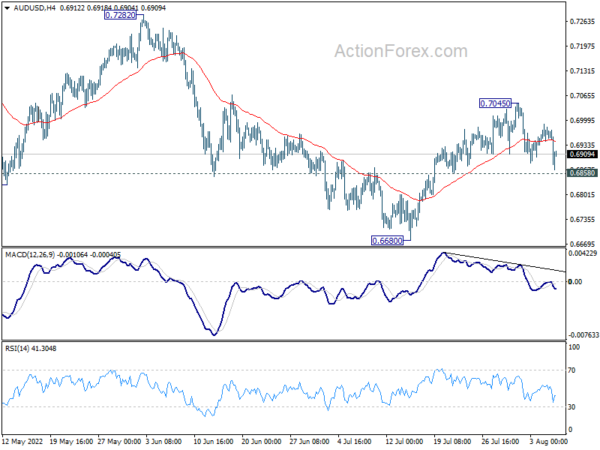 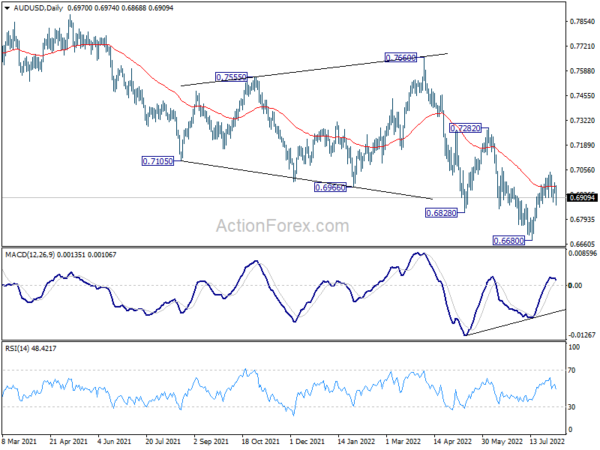 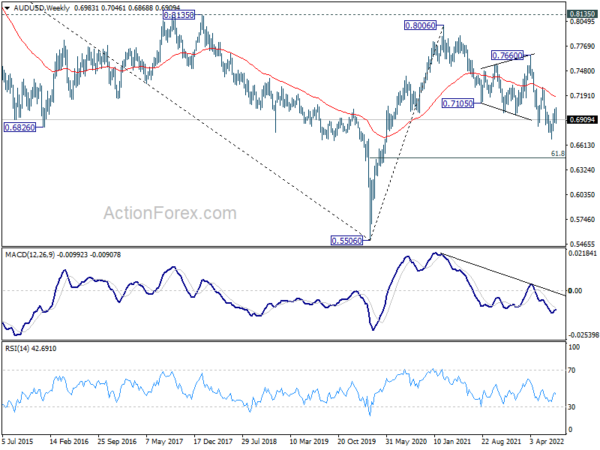 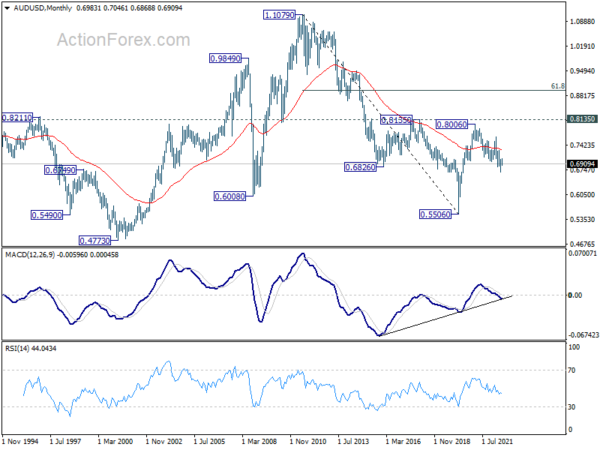