AUD/USD edged higher to 0.6845 last week but quickly lost momentum and retreated. Initial bias is neutral this week first, and near term outlook will stay bearish as long as 0.6641 support holds. Break of 0.6845 will target 0.6871 fibonacci level. However, firm break of 0.6641 support will confirm short term topping, and turn bias back to the downside. 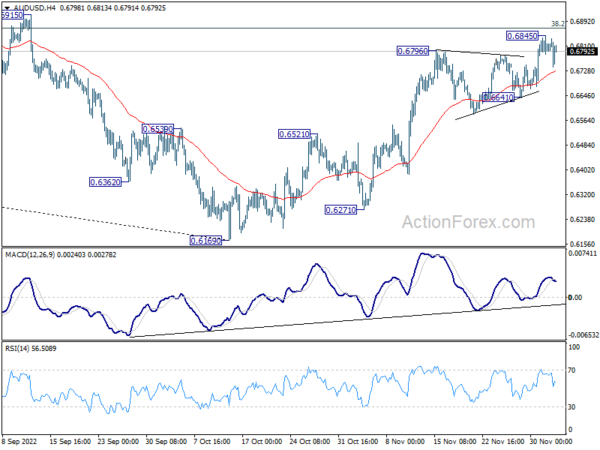 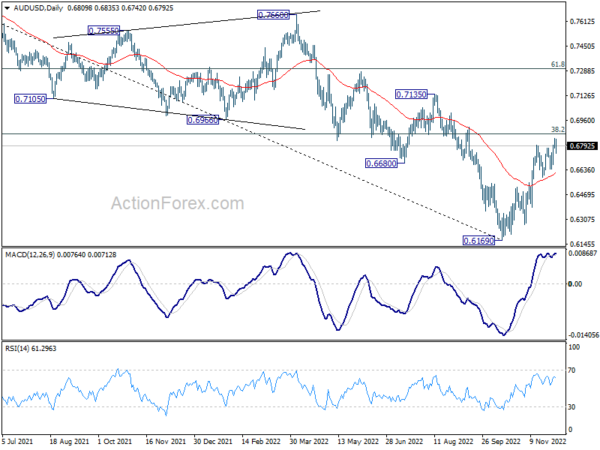 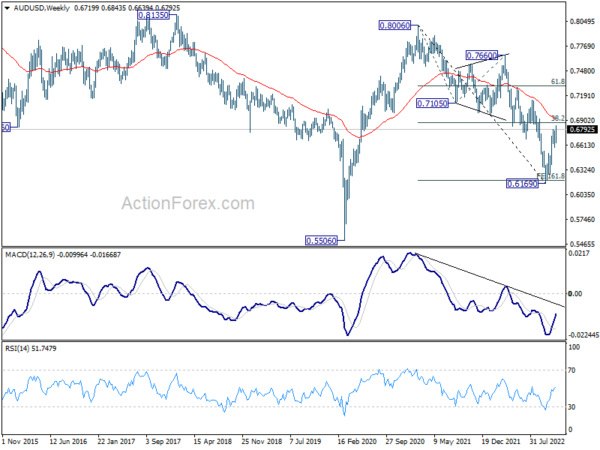 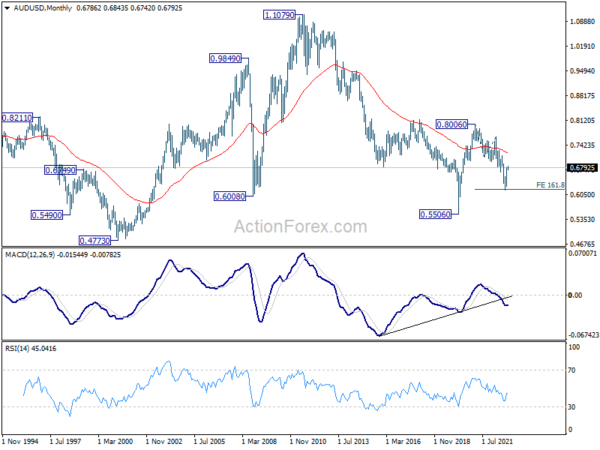