AUD/USD edged lower to 0.7671 last week but formed as temporary bottom there and recovered. Initial bias remains neutral this week first with bearish near term outlook. Break of 0.7671 will resume whole decline from 0.8135 and target 0.7500 key support level next. 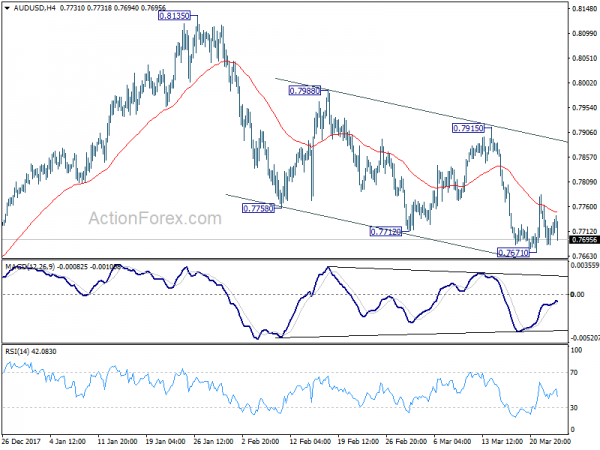 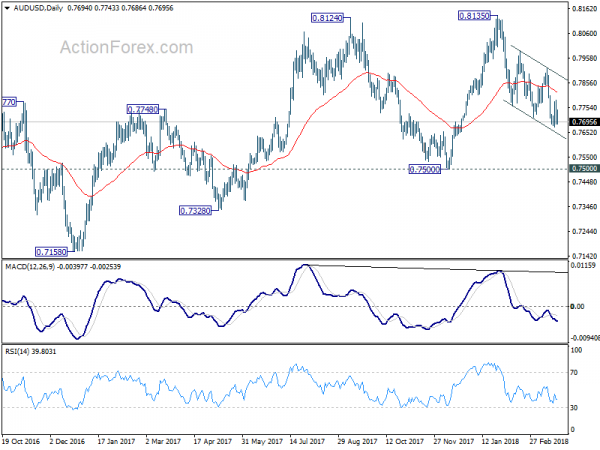 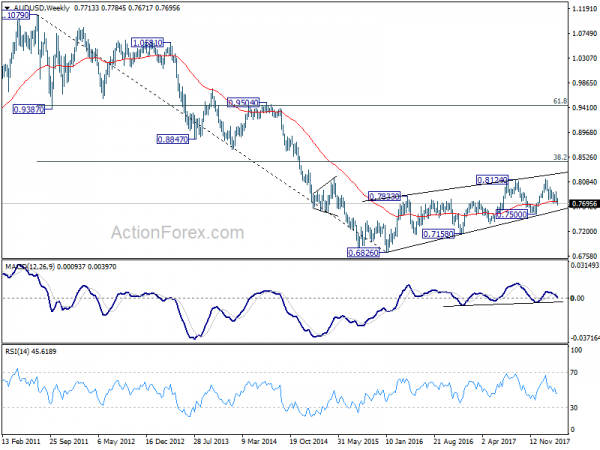 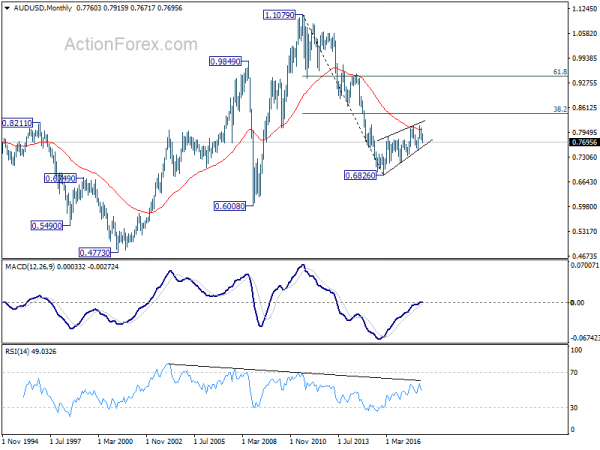