AUD/USD surged to as high as 0.7965 last week and maintained near term bullishness. Initial bias stays on the upside this week for 0.7777/7833 resistance zone. A this point, we’d still expect strong resistance from there to limit upside and bring near term reversal. Break of 0.7510 minor support will indicate that rise from 0.7158 has completed already and turn bias back to the downside for this key near term support level. 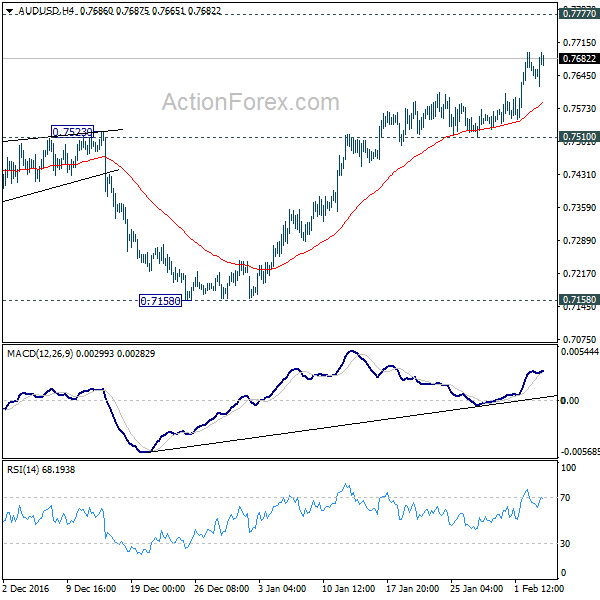 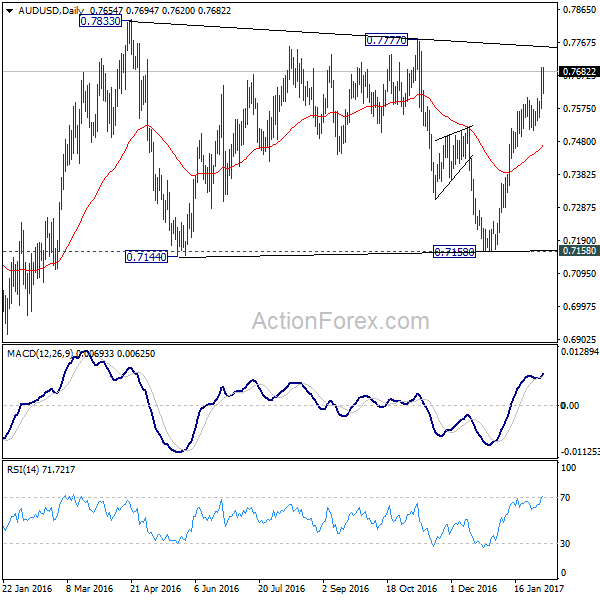 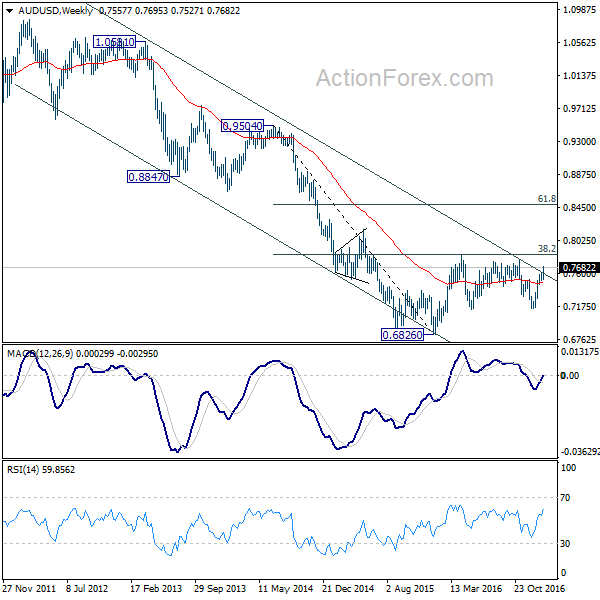 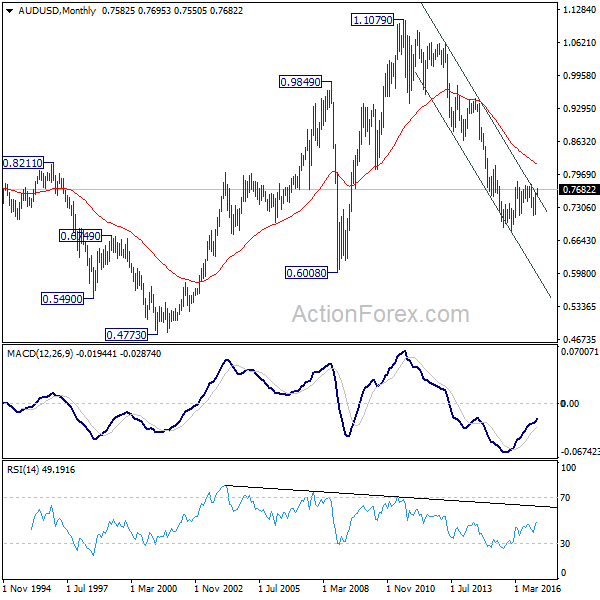