EUR/CHF stayed in consolidation last week and outlook is unchanged. Initial bias remains neutral first and some more sideway trading could be seen. Further rise is expected with 1.1310 support intact. On the upside, firm break of 1.1444 resistance will resume the rebound from 1.1181 and target 1.1501 key resistance next. On the downside, firm break of 1.1310 will indicate completion of the rebound. In that case, intraday bias will be turned back to the downside for 1.1181 low again. 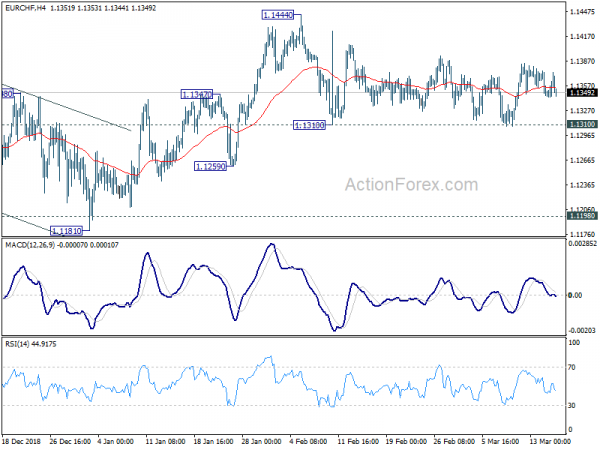 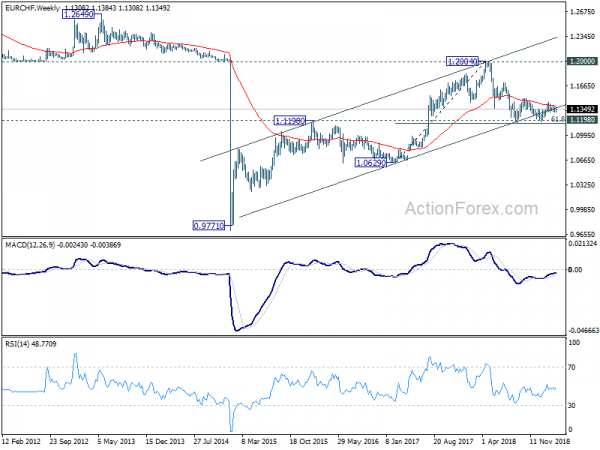 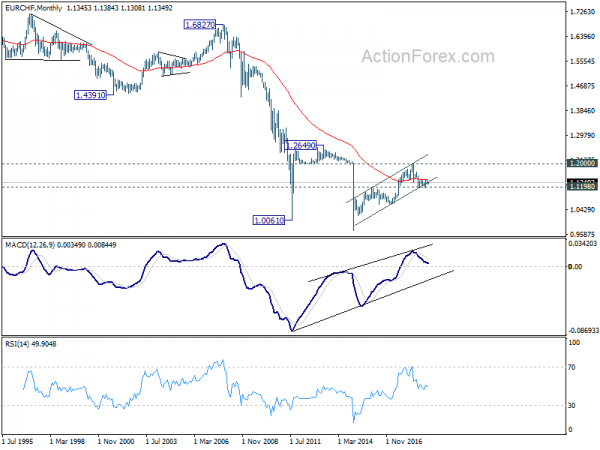