EUR/CHF surged to as high as 1.0797 last week and closed strongly at 1.0785. The strong break of 1.0749 resistance indicate short term bottoming on bullish convergence condition in 4 hour MACD and daily MACD. More importantly, it’s seen as an early sign of trend reversal after defending 1.0620 key support level. That is, correction from 1.1198 could have completed.

Initial bias is now on the upside this week for a test on 1.0897 resistance. decisive break should confirm this bullish case and target 1.0999 next. On the downside, Bel;ow 1.0749 minor support will turn bias neutral first. But further rise will now remain in favor as long as 1.0689 support holds. 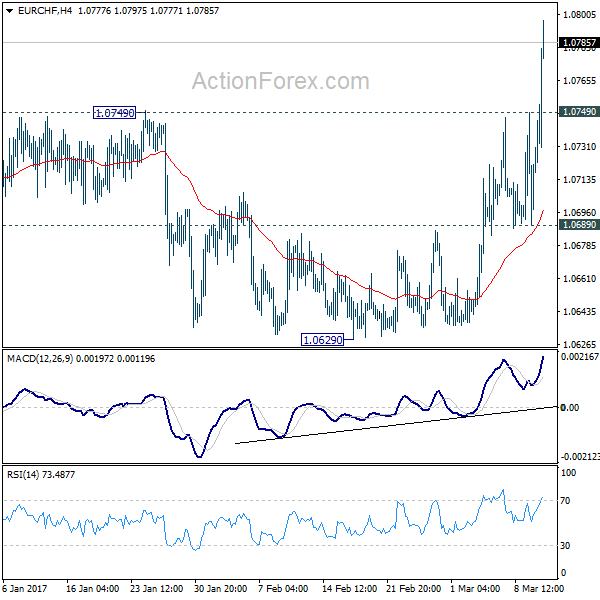 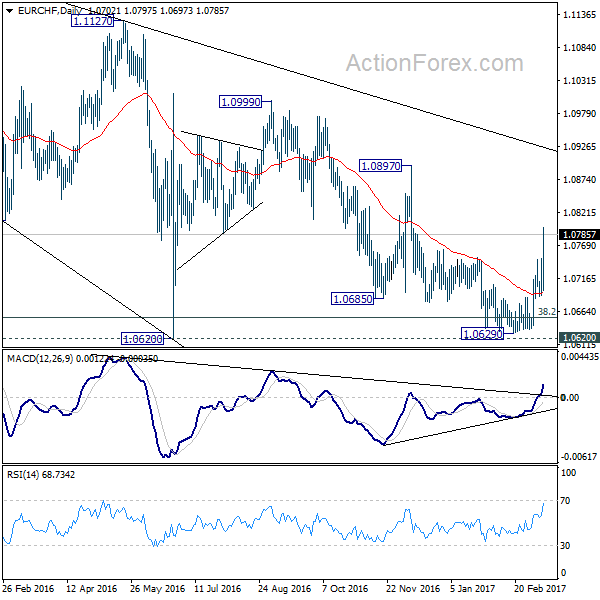 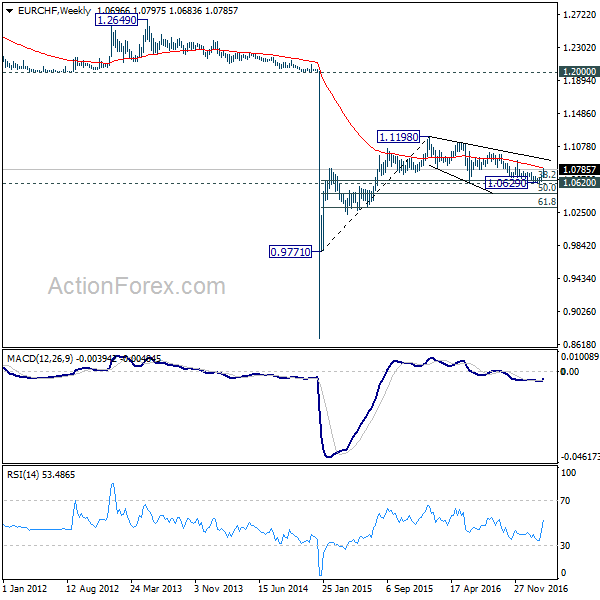 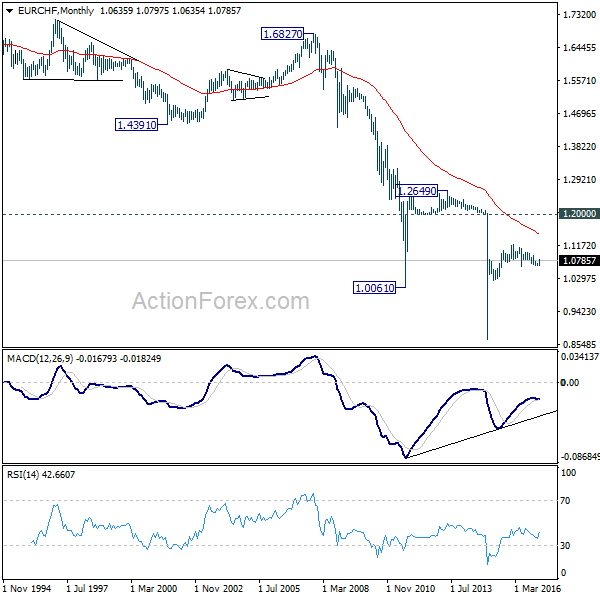