EUR/CHF’s sharp fall last week finally confirmed short term topping at 1.2004, after failing to sustain above 1.2 handle. Initial bias stays neutral this week for more consolidation. As long as 1.2004 holds, the consolidation will extend with risk of deeper pull back. But in that case, we’d expect strong support from 38.2% retracement of 1.1445 to 1.2004 at 1.1790 to contain downside and bring rebound. Nonetheless, decisive break of 1.2004 will confirm up trend resumption. 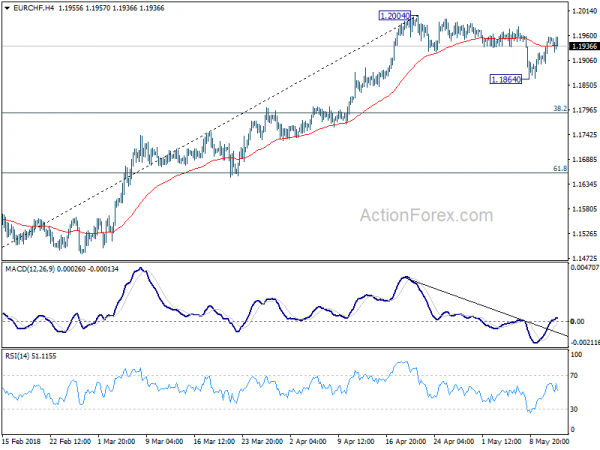 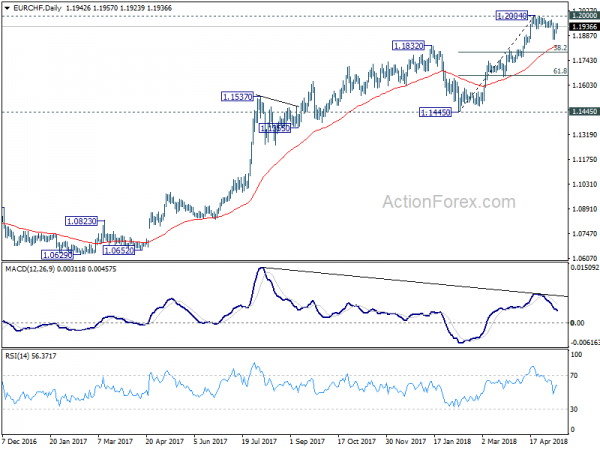 In the bigger picture, long term up trend in EUR/CHF is still in progress. Prior SNB imposed floor at 1.2000 was already met but there is no sign of reversal yet. As long as 1.1445 support holds, we’d expect the up trend to extend to 2013 high at 1.2649 next. However, considering bearish divergence condition in daily MACD. Break of 1.1445 will be an indication of medium term reversal and will turn outlook bearish. 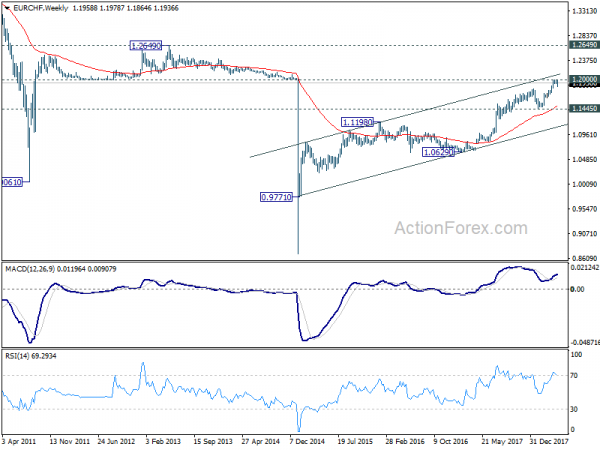 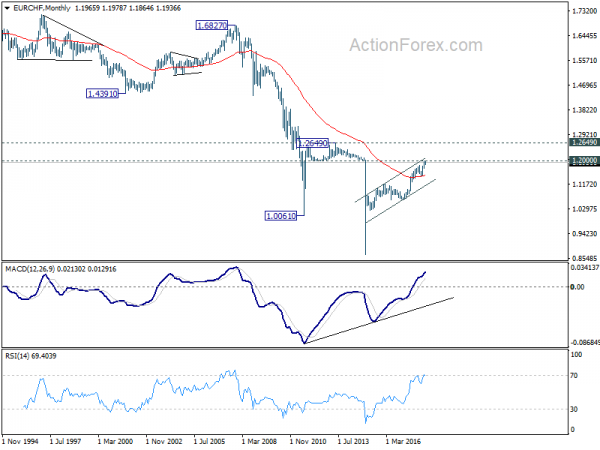