EUR/GBP edged lower to 0.8521 but recovered since then. Initial bias is neutral tis week for some consolidations first. Another fall is mildly in favor as long as 0.8676 resistance holds. Break of 0.8521 will target target 100% projection of 0.9324 to 0.8786 from 0.9019 at 0.8481, which is close to 0.8472 key support. Considering diminishing downside momentum as seen in daily MACD, we’d expect strong support from there to bring rebound. On the upside, break of 0.8676 resistance will indicate short term bottoming and bring stronger rebound back to 0.8786/9019 resistance zone first. 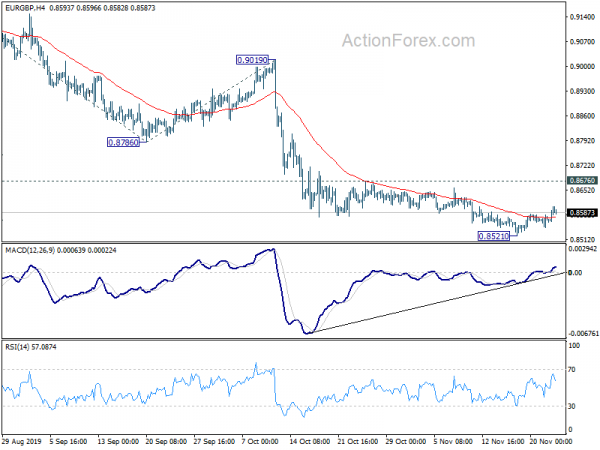 In the bigger picture, we’re seeing 0.9324 as a medium term top on bearish divergence condition in weekly MACD. Price actions from there should develop into a corrective pattern. Deeper fall should be seen back to 38.2% retracement of 0.6935 to 0.9324 at 0.8411 but strong support should be seen there, at least on first attempt, to bring rebound. On the upside, break of 0.9324 is needed to confirm up trend resumption. Otherwise, risk will stay on the downside even in case of strong rebound. 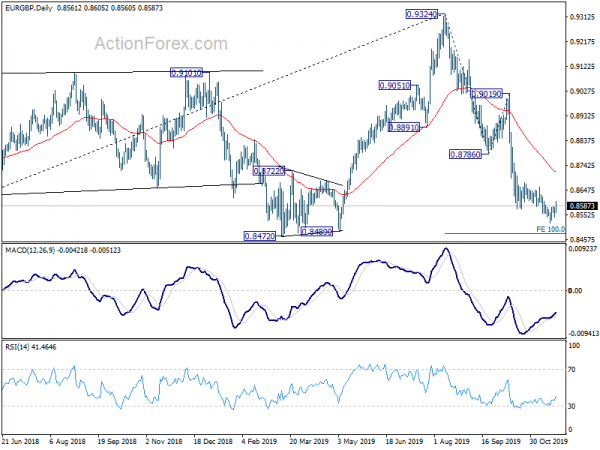 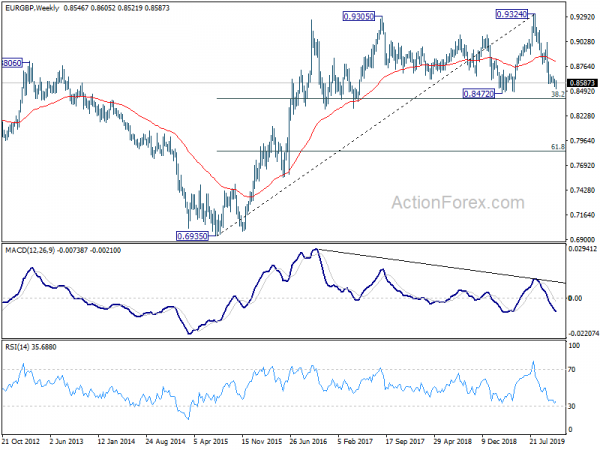 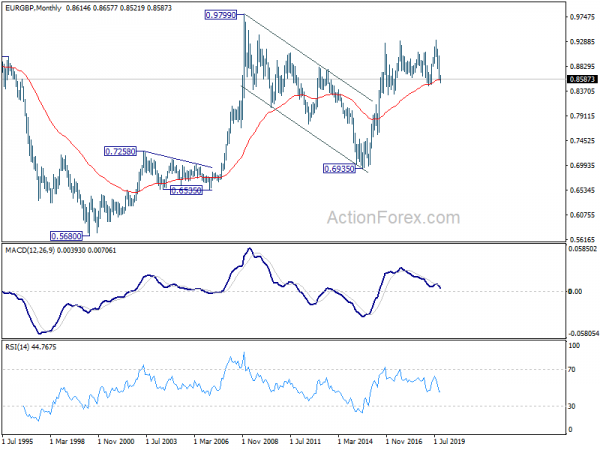