EUR/GBP rebounded towards the end of the week but stayed in range below 0.8879. Outlook is unchanged and initial bias remains neutral this week first. On the downside, break of 0.8718 support will argue that rise from 0.8312 has completed. In that case, intraday bias with be turned back to the downside for lower side of the range at 0.8312. Meanwhile, break of 0.8879 and sustained trading above 0.8851 will pave the way to retest 0.9304 high.

In the bigger picture, price actions from 0.9304 are viewed as a medium term corrective pattern. It’s uncertain whether it is finished yet. But in case of another fall, we’d expect strong support from 0.8116 cluster support (50% retracement of 0.6935 to 0.9304 at 0.8120) to contain downside and bring rebound. Whole up trend from 0.6935 is expected to resume after consolidation from 0.9304 completes. 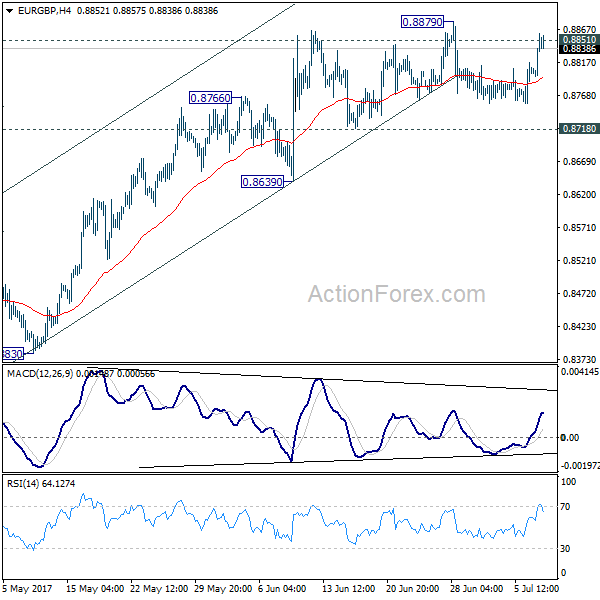 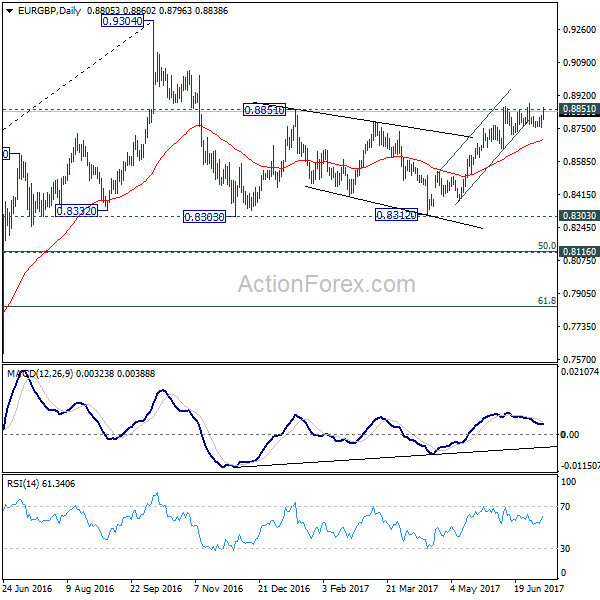 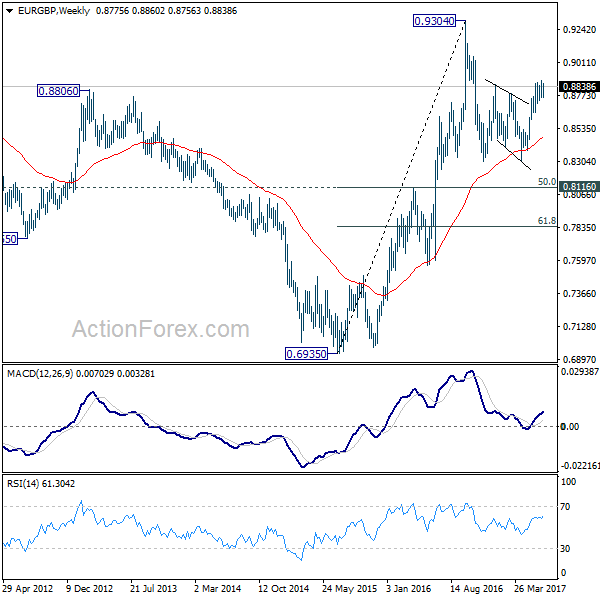 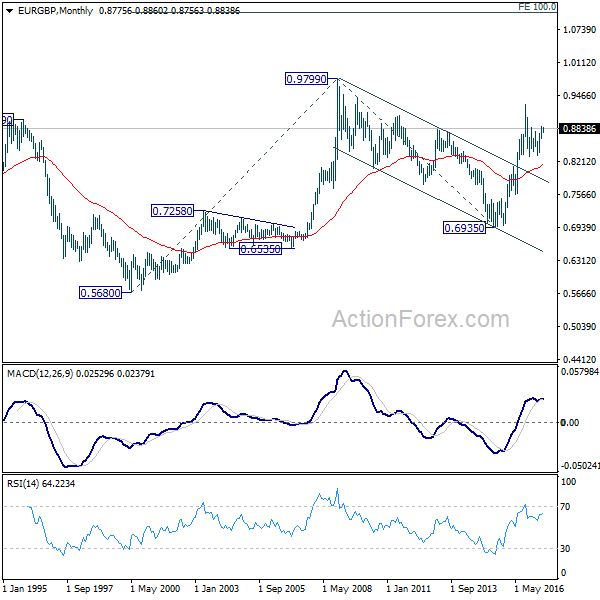