EUR/GBP edged lower last week and outlook is unchanged. Rebound from 0.8448 could have completed at 0.8612 already. Also, with 0.8668 resistance intact, larger fall from 0.9499 is probably still in progress. Deeper decline is in favor as long as 0.8561 minor resistance holds, for retesting 0.8448 low first. On the upside, however, break of 0.8561 minor resistance will turn bias back to the upside for 0.8612 resistance. 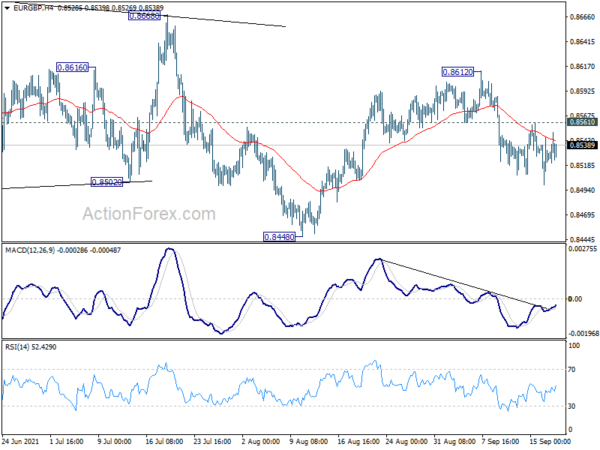 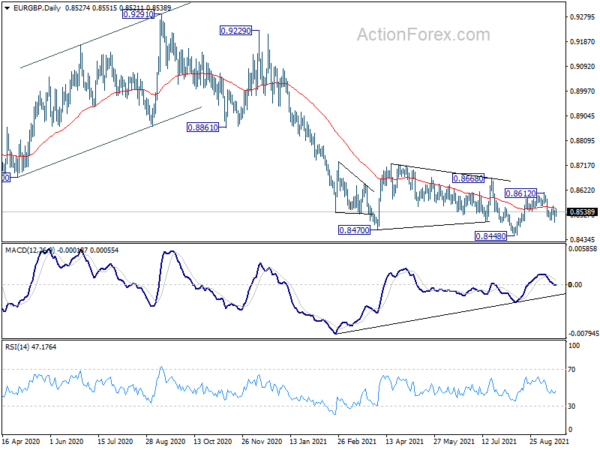 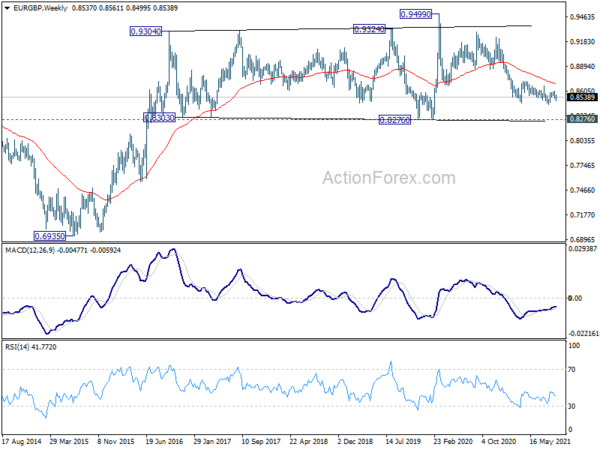 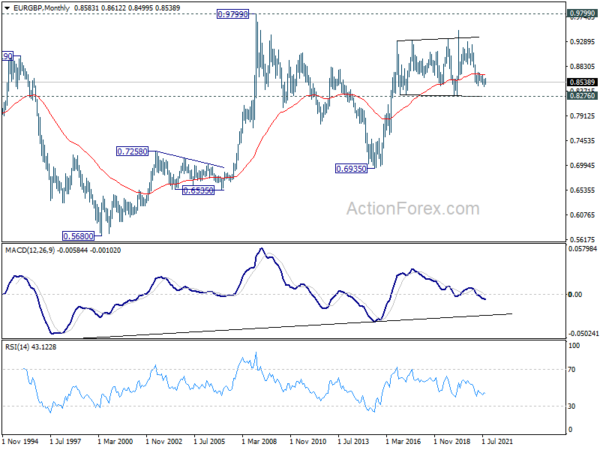