EUR/GBP failed to break through 0.8612 resistance last week and stayed in sideway trading. Initial bias remains neutral this week first. On the upside, break of 0.8612 will resume the whole rise from 0.8448 for 0.8668 key structural resistance. Sustained break there will be a strong sign of larger bullish reversal. On the downside, however, break of 0.8499 support will bring another fall towards 0.8448 low instead. 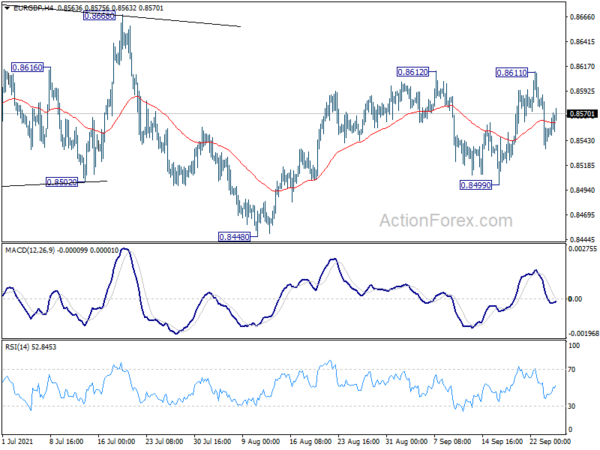 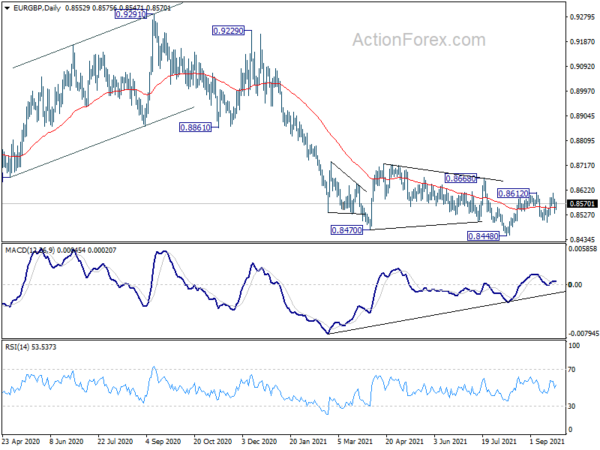 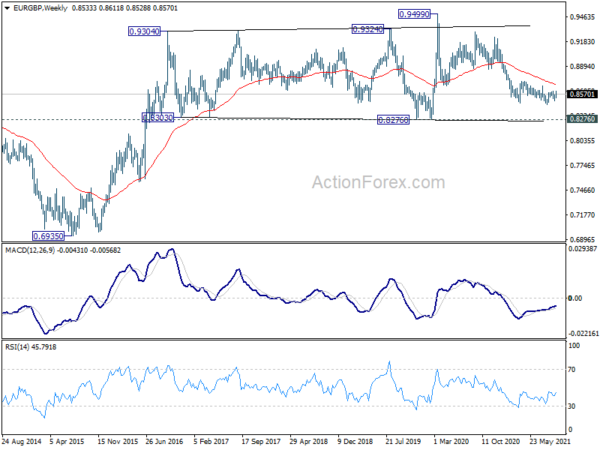 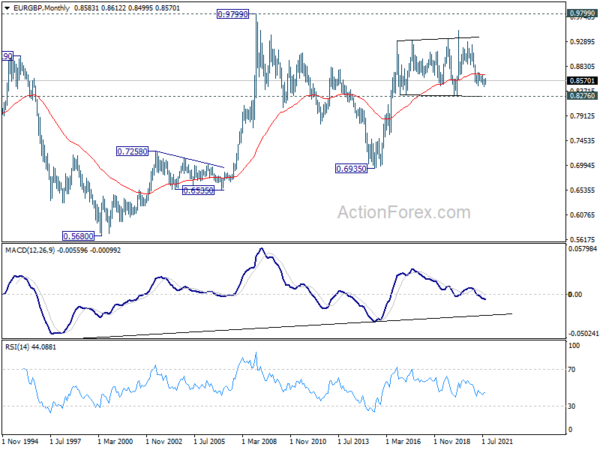