EUR/GBP edged lower to 0.8304 last week but recovered again. Initial bias is neutral this week first. Considering bullish convergence condition in 4 hour MACD, firm break of 0.8377 will indicate short term bottoming. Intraday bias will be turned back to the upside for 55 day EMA (now at 0.8423). Sustained trading above there will pave the way to 0.8598 resistance next. 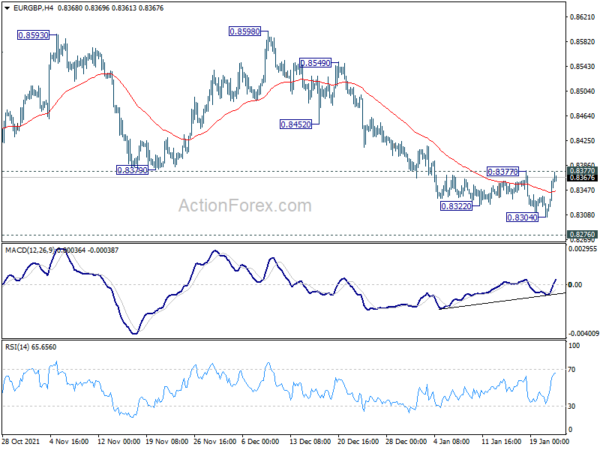 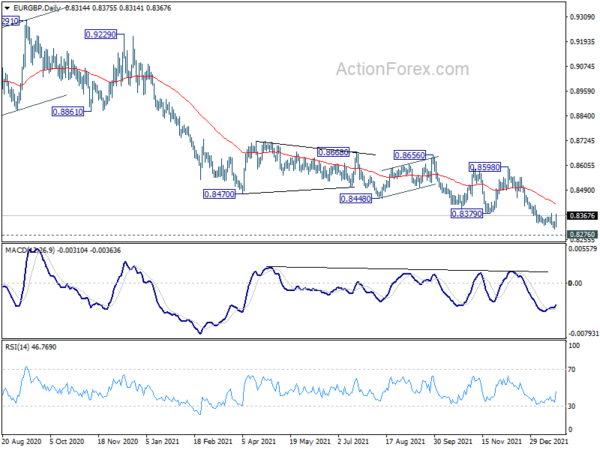 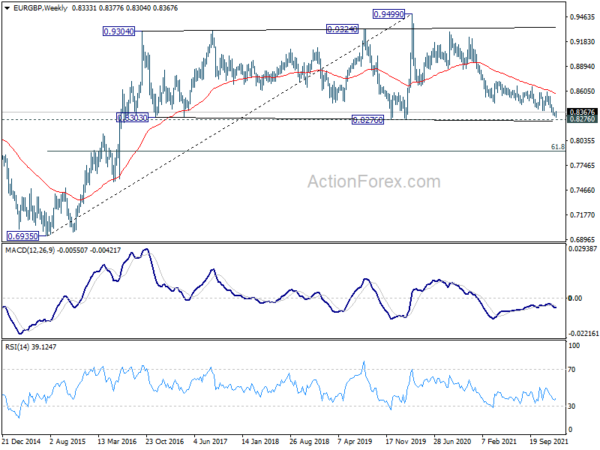 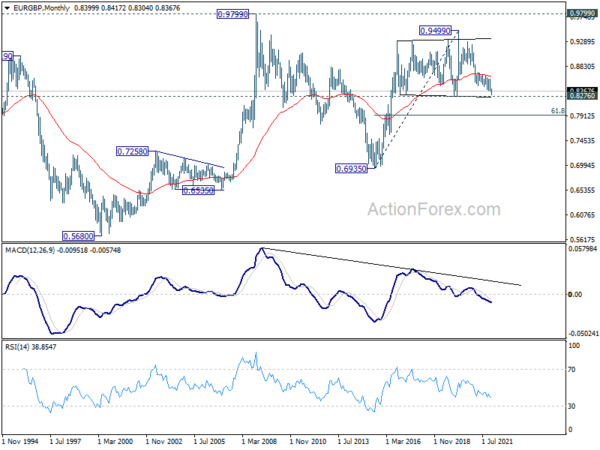