EUR/GBP’s strong rebound last week confirmed short term bottoming at 0.8545. Initial bias is mildly on the upside this week for 0.8827 resistance. Firm break there will argue that whole decline from 0.9267 has completed and turn near term outlook bullish. On the downside, break of 0.8675 minor support will turn intraday bias neutral instead. 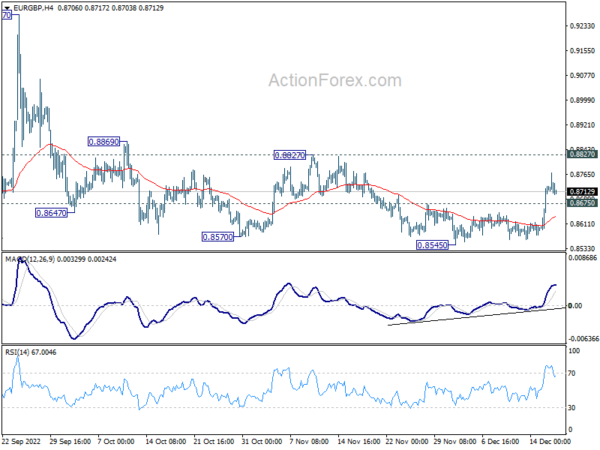 In the bigger picture, fall from 0.9267 is seen as a down leg inside long term range pattern. Deeper fall could be seen towards 0.8201/8338 support zone. But strong support should be seen there to bring reversal. Nevertheless, firm break of 0.8827 resistance will turn favor to the case that such decline is merely a correction in the up trend from 0.8201. That is, further rally would be seen at a later stage through 0.9267. 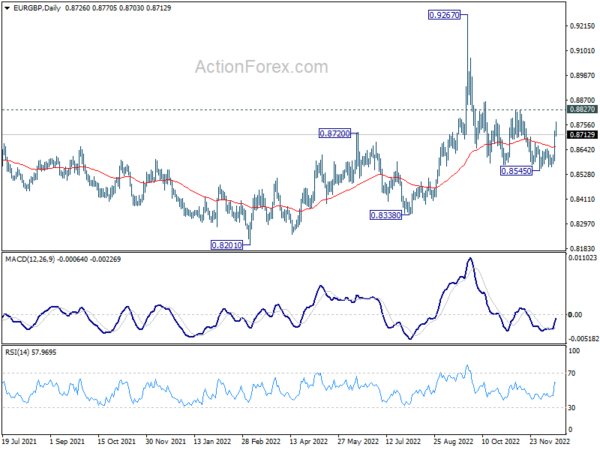 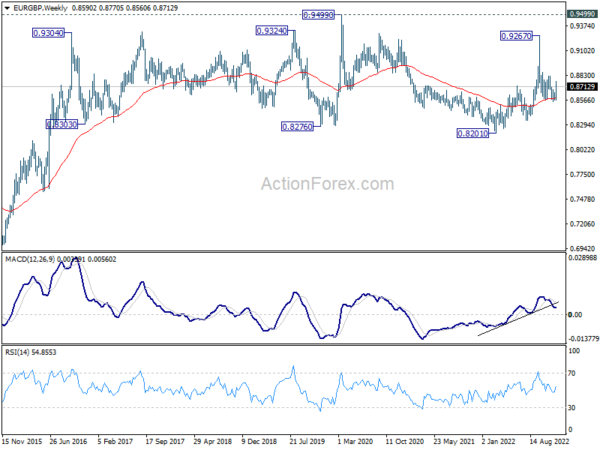 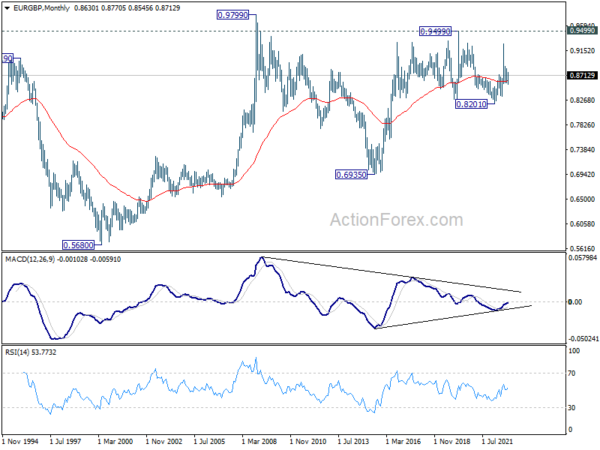