EUR/JPY’s retreat from 130.73 continued last week but stayed above 129.57 minor support. Initial bias is neutral this week first. On the upside, break of 130.73 will resume the rebound from 127.91 low. That would also reaffirm the case that correction from 134.11 has completed at 127.91. Intraday bias will be turned to the upside for 132.68 resistance next. However, firm break of 129.57 will argue that the rebound has completed, and turn bias back to the downside for retesting 127.91 low. 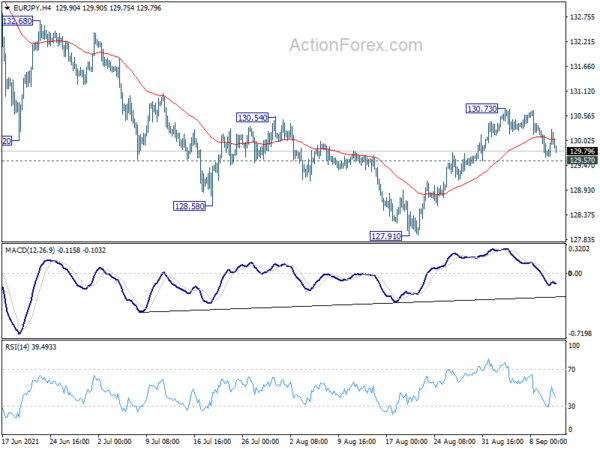 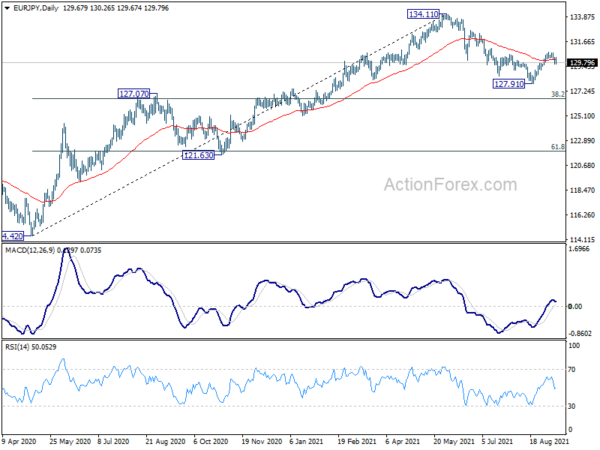 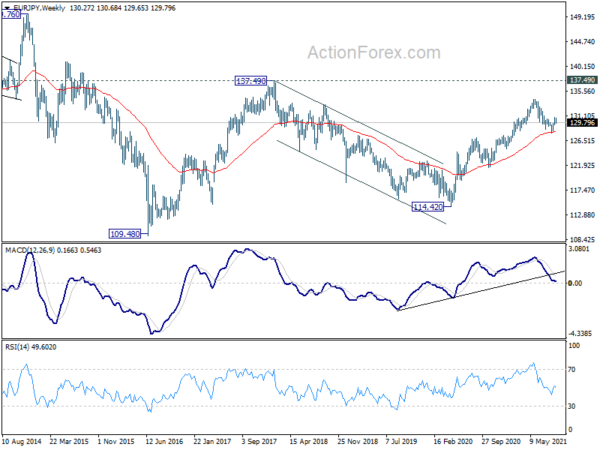 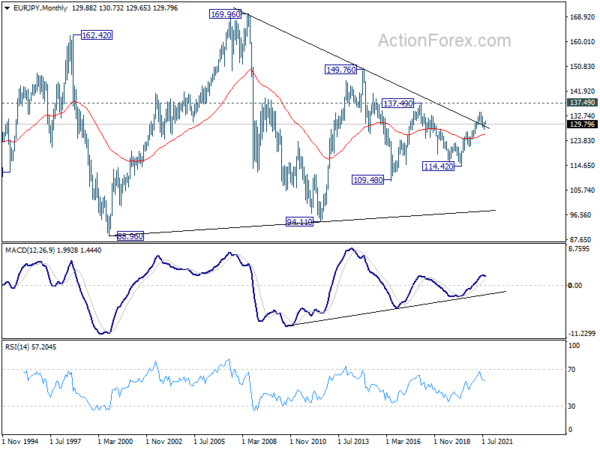