GBP/JPY’s strong rebound last week firstly suggests that rise from 131.51 is still in progress. Nevertheless, it failed to extend gains after breaching 148.75 to 148.87. Initial bias is neutral first. On the upside, decisive break of 149.48 key resistance will carry larger bullish implication and target 156.58 resistance next. On the downside, though, break of 143.72 support will indicate near term reversal and turn outlook bearish for 141.00 support. 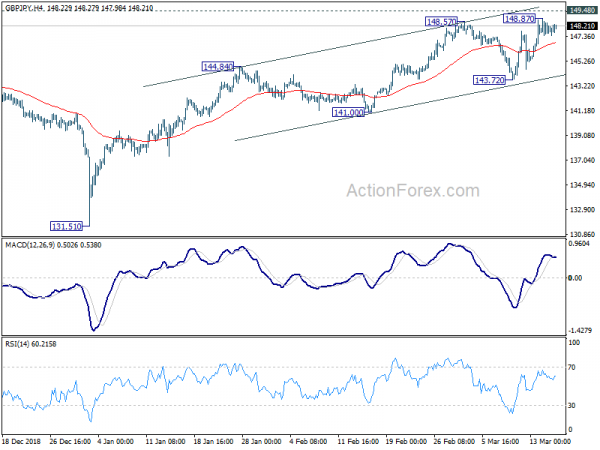 In the bigger picture, the strong rebound from 131.51 suggests that medium term fall from 156.59 (2018 high) has completed already. The corrective structure of such decline in turn argues that it’s the second leg of the corrective pattern from 122.36 (2016 low). And this pattern is starting the third leg. On the upside, decisive break of 149.48 will pave the way to 156.59 resistance and above. However, firm break of 141.00 support will dampen this view and turn focus back to 131.51 low instead. 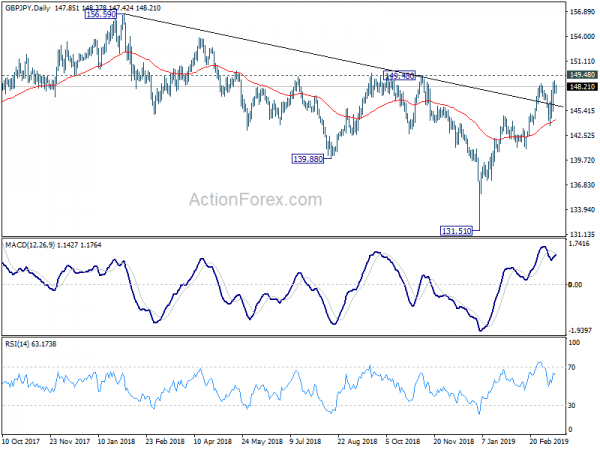 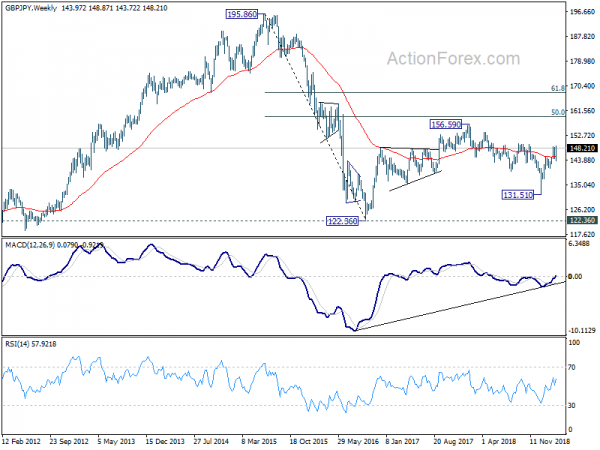 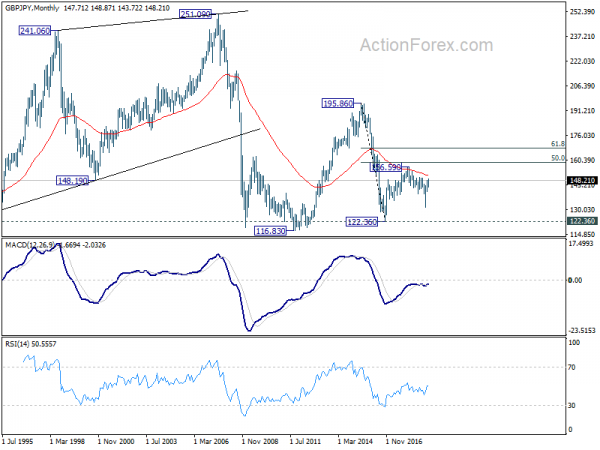