GBP/JPY dropped to 133.85 last week but recovered since then. As a temporary was formed, initial bias is neutral this week for some consolidations first. But upside of recovery should be limited by 136.05 resistance to bring fall resumption. Break of 133.85 will extend the decline from 148.87 to retest 131.51 low. Though, break of 136.05 will indicate short term bottoming and bring stronger rebound to 137.78 resistance. 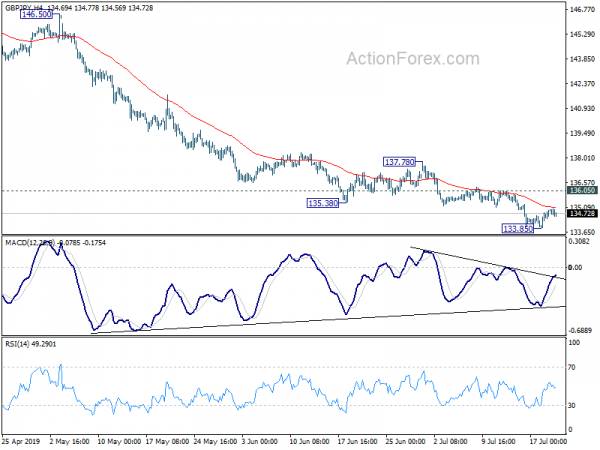 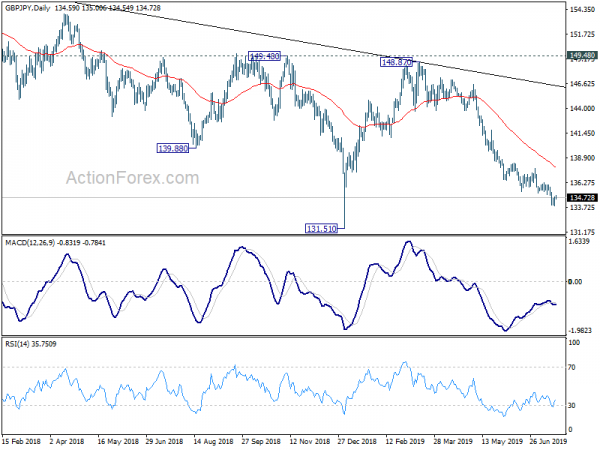 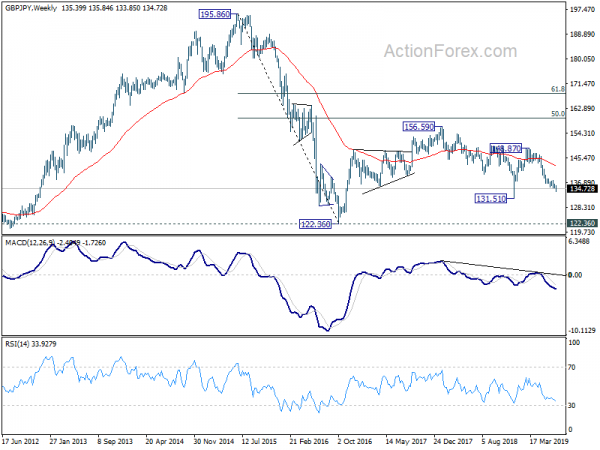 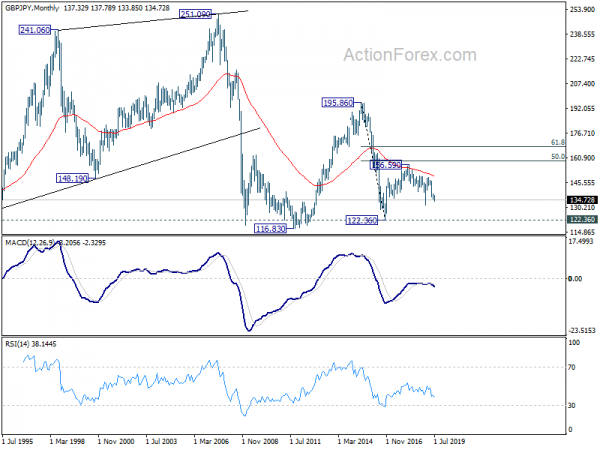