GBP/JPY’s break of 141.57 suggests that larger rise from 126.54 has resumed. Initial bias stays on the upside this week for trend line resistance (now at 143.78) next. Sustained break will pave the way to 148.87 key resistance next. On the downside, break of 139.31 support is needed to indicate short term topping. Otherwise, outlook will remain bullish in case of retreat. 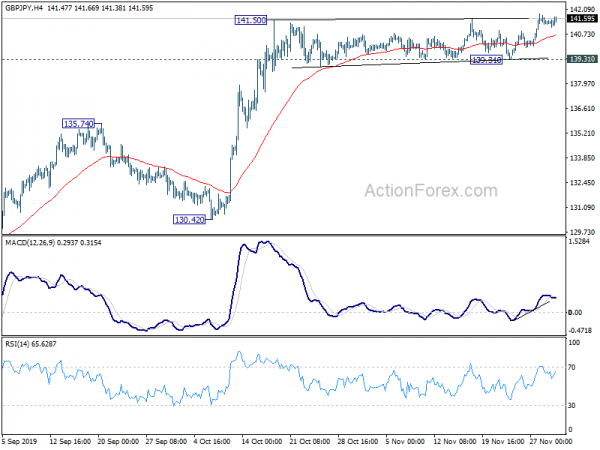 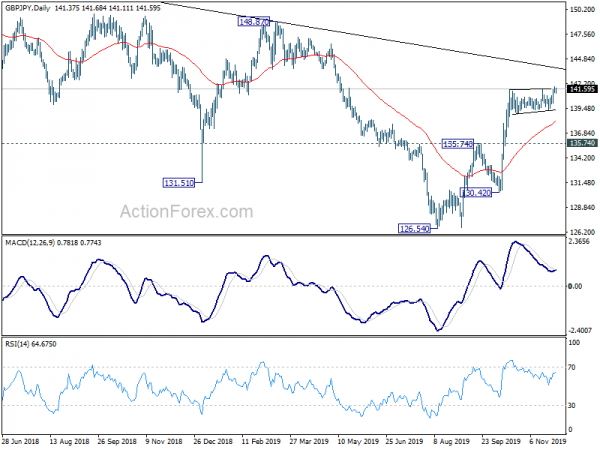 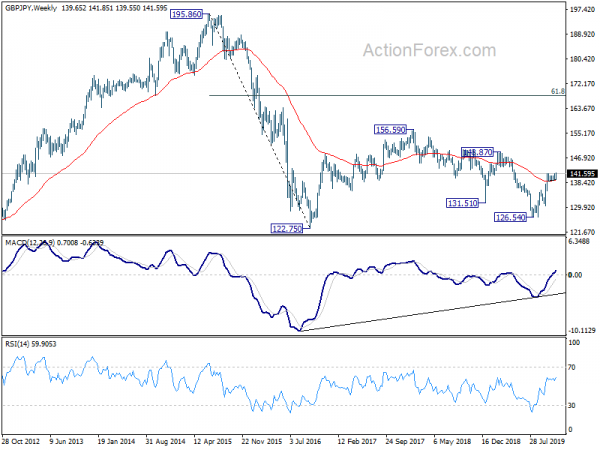 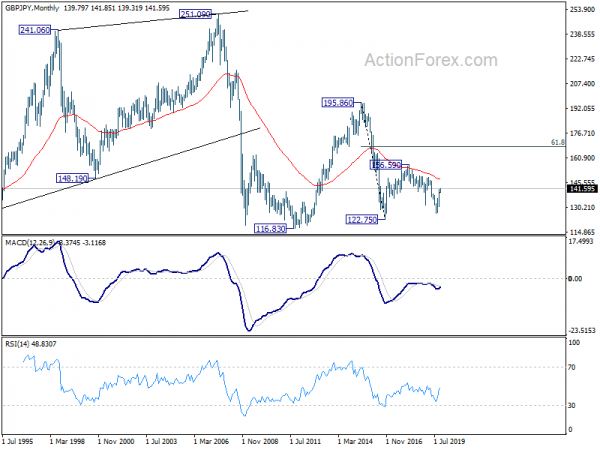