GBP/JPY rebounded last week but failed to sustain above 151.38 resistance. Initial bias remains neutral this week first. On the upside, firm break of 151.38 will turn bias to the upside for 153.42 resistance first. Break there will argue that whole corrective pattern from 156.05 has completed, and bring retest of this high. On the downside, however, decisive break of 149.03 support will carry larger bearish implication and target 143.78 fibonacci level next. 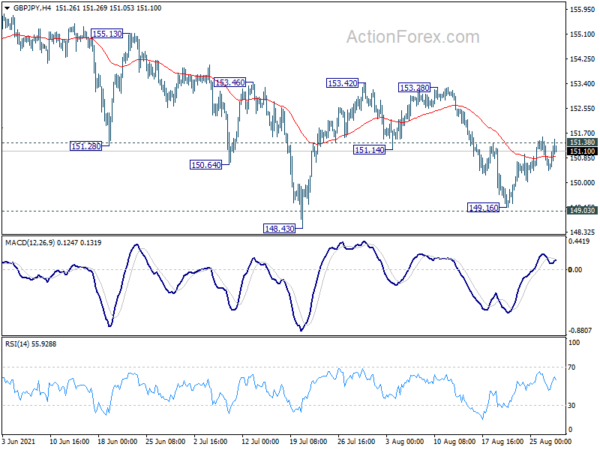 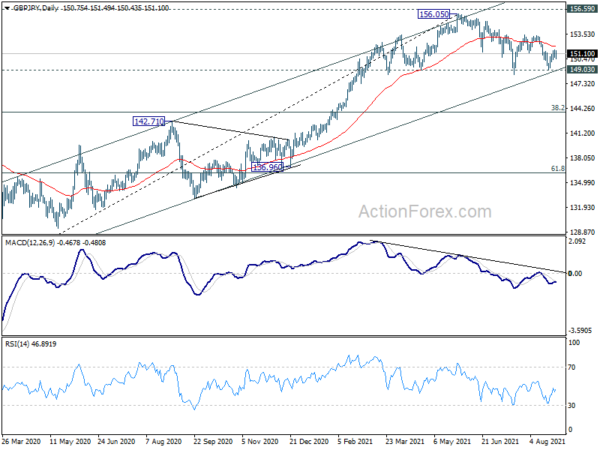 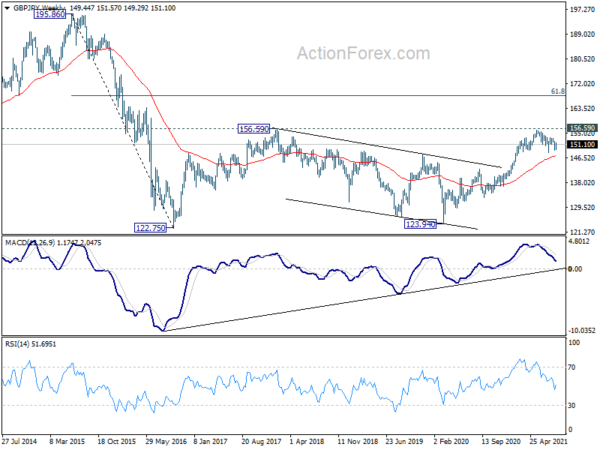 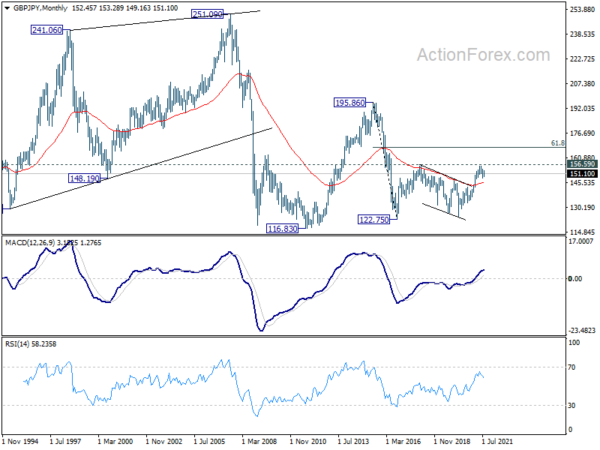