GBP/USD rose further to as high as 1.2673 last week but lost momentum since then. Initial bias stays neutral this week first. Rise from 1.1986 is seen as the third leg of the consolidation pattern from 1.1946. Hence, in case of another rise, we’d expect strong resistance at 1.2774 to limit upside and bring down trend resumption eventually. On the downside, break of 1.2414 will argue that rise from 1.1986 is completed and turn bias to the downside for 1.1946 low.

In the longer term picture, no change in the view that down trend from 2.1161 is still in progress. Current momentum suggests that the down trend will go deeper than originally expected. 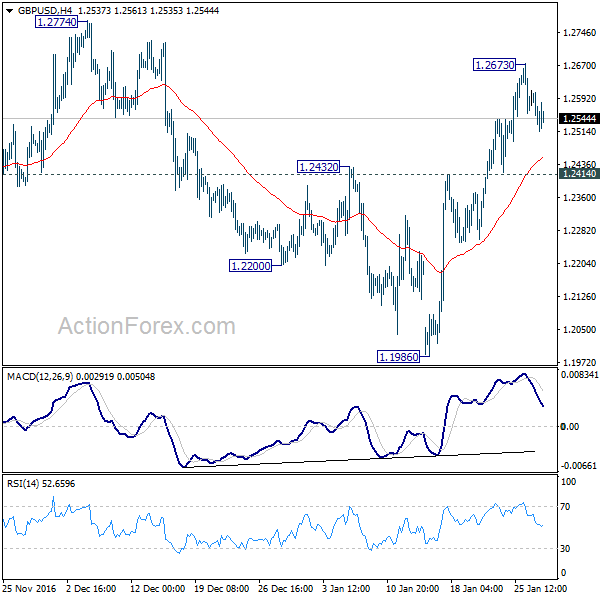 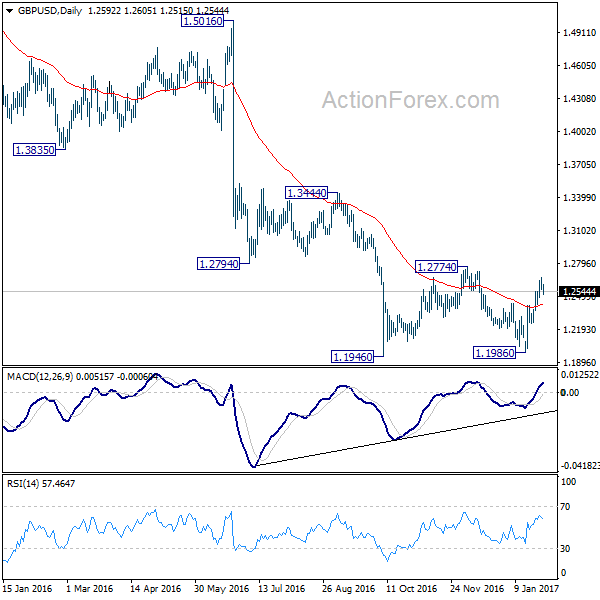 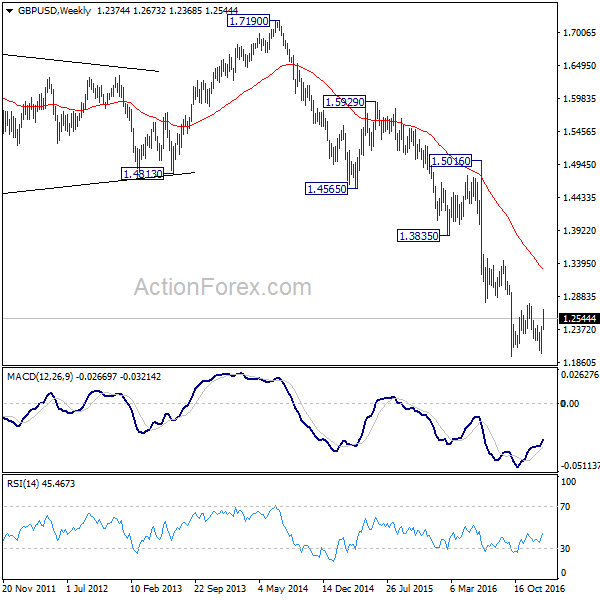 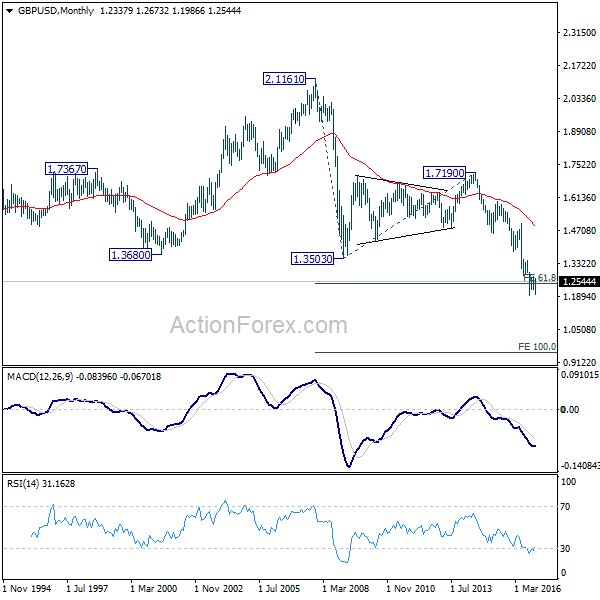