USD/CAD’s strong rebound last week suggests that a short term bottom was formed at 1.2588, on bullish convergence condition in 4 hour MACD. Rebound from there is in favor to continue as long as 1.2684 minor support holds. Break of 1.2880 will target 1.2994 support turned resistance. However, break of 1.2684 minor support will argue that the rebound has completed and bring retest of 1.2588 low. 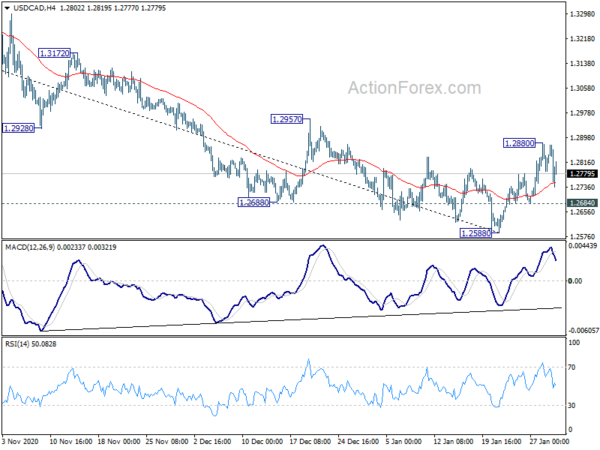 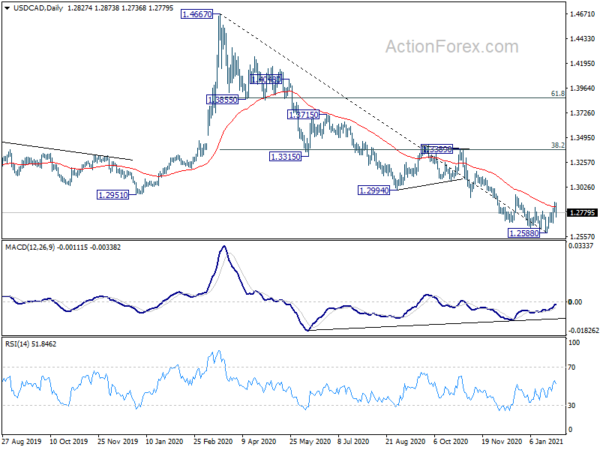 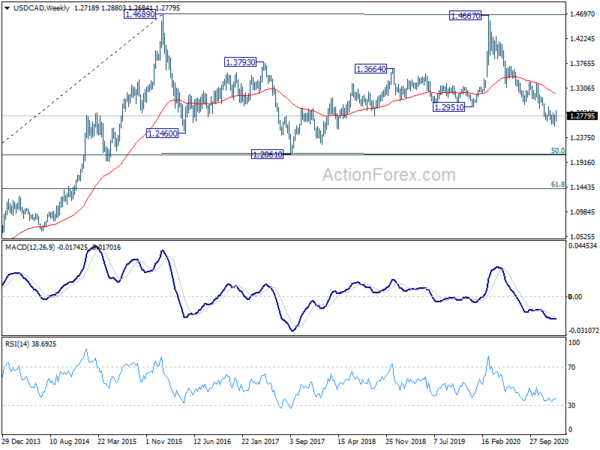 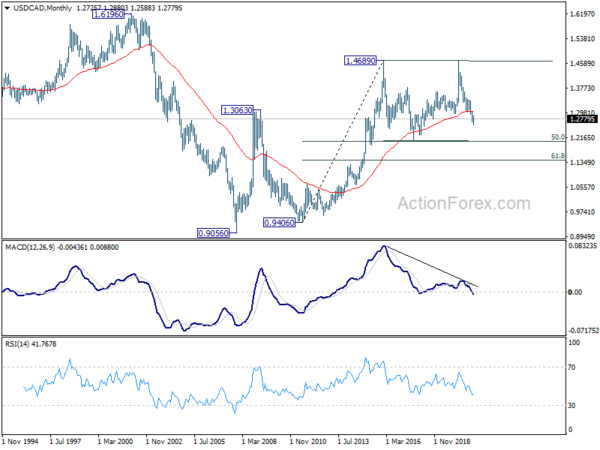