USD/CHF is losing some upside momentum. But with 0.9332 minor support intact, intraday bias stays on the upside. Current rise from 0.9716 should target a test on 1.0128 high next. On the downside, below 0.9932 minor support will turn intraday bias neutral again. But near term outlook will remain cautiously bullish as long as 0.9856 minor support holds. 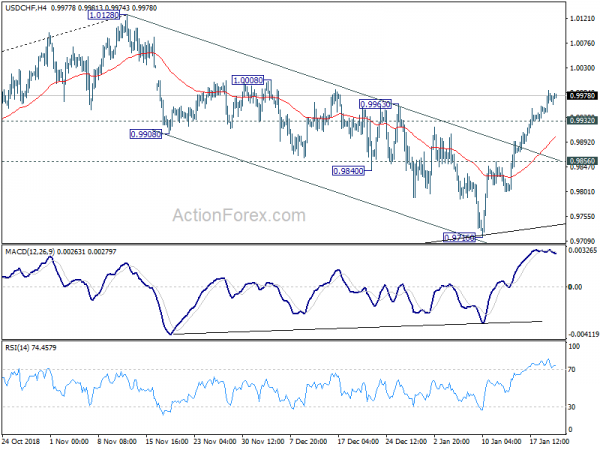 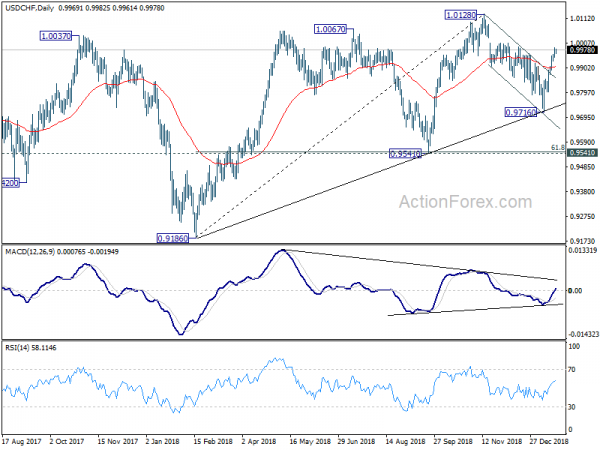