USD/CHF’s rebound from 0.9716 extended to as high as 1.0028 last week. A temporary top was formed there and initial bias is neutral this week for some consolidation first. Downside of retreat should be contained by 0.9908 to bring another rally. As noted before, corrective decline from 1.0128 should have completed at 0.9716 already, after hitting trend line support. On the upside, above 1.0028 will resume the rise from 0.9716 to retest 1.0128 high next. 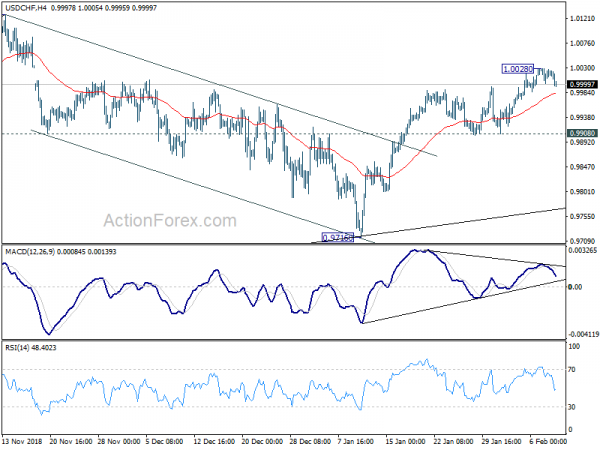 In the bigger picture, USD/CHF drew strong support from medium term trend line and rebounded. That suggests rise from 0.9186 is still in progress. Further break of 1.0128 will confirm up trend resumption and target 1.0342 key resistance. Nevertheless, break of 0.9716 will dampen this bullish view and at least bring deeper fall to 0.9541 key support. 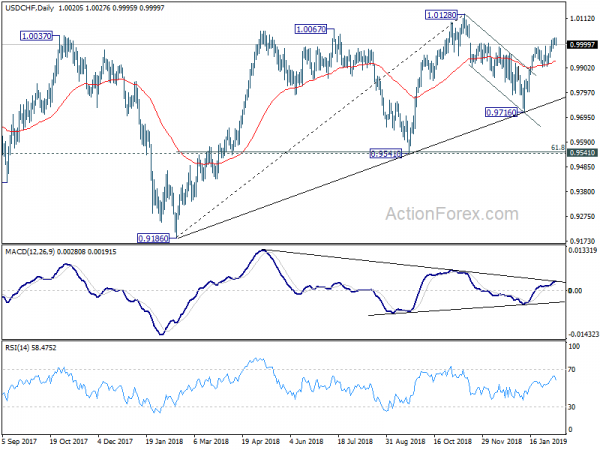 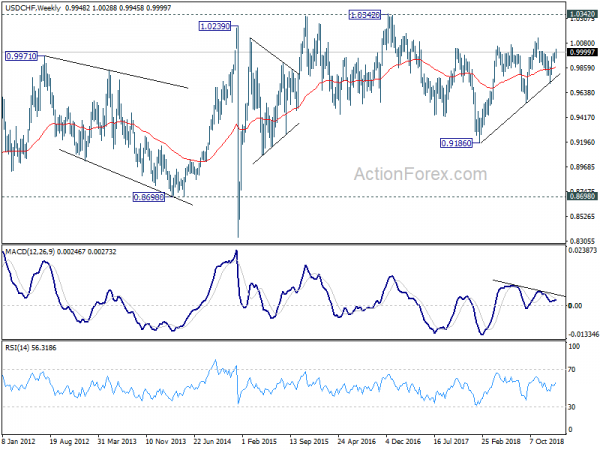 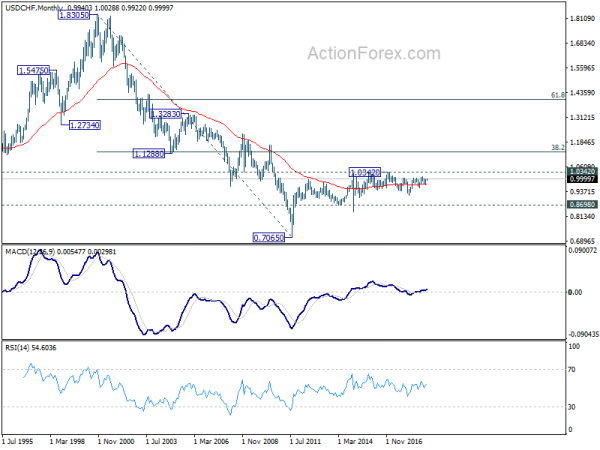