USD/CHF edged lower to 0.9050 last week but quickly recovered. Initial bias remains neutral this week and further fall is in favor as long as 0.9241 resistance holds. Break of 0.9050 will resume larger down trend. Though, break of of 0.9241 will confirm short term bottoming and turn bias to the upside for 0.9376 support turned resistance. 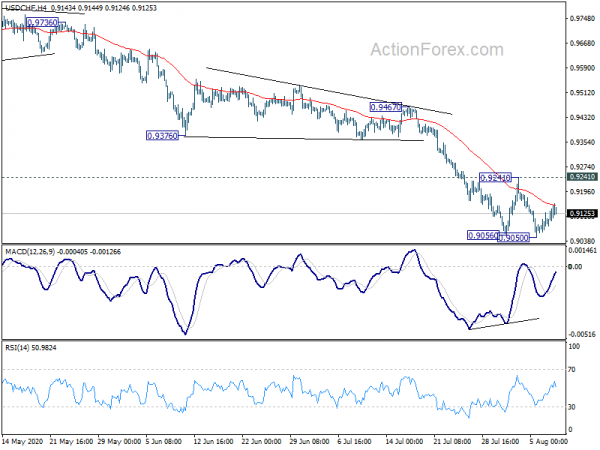 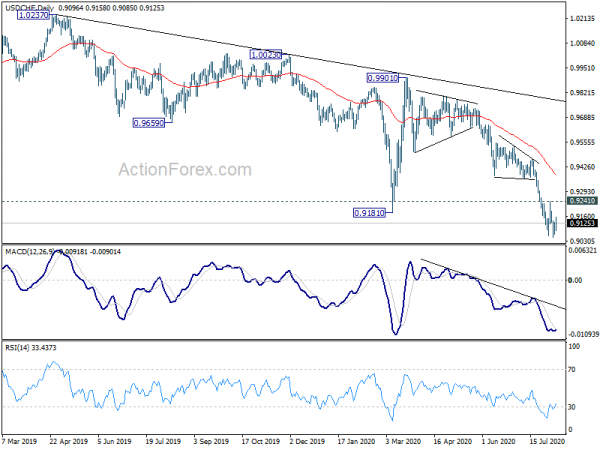 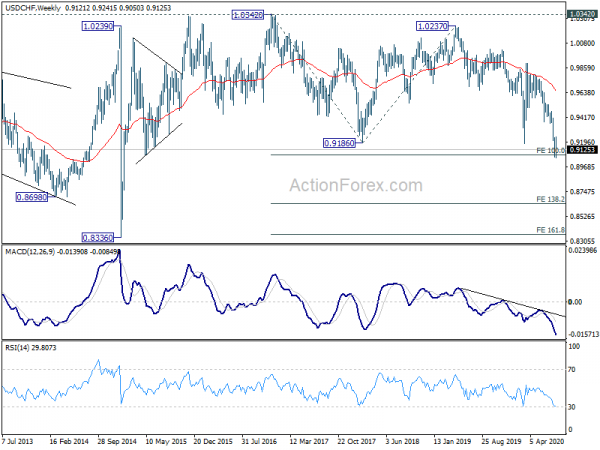 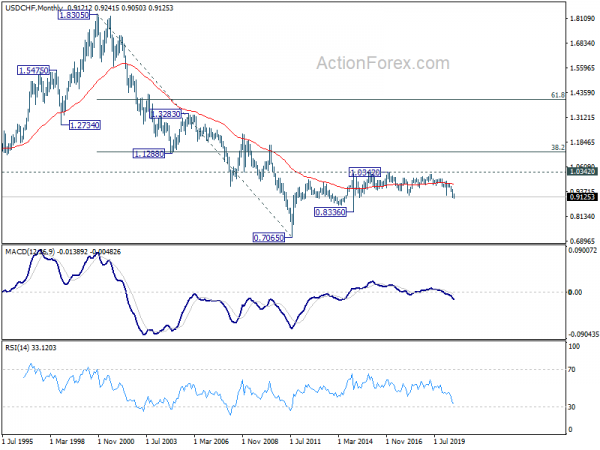