USD/CHF’s strong rally and break of 0.9273 last week confirms resumption of rise from 0.8925. Initial bias is now on the upside this week for 0.9471 resistance. Sustained break there will carry larger bullish implications. On the downside, though, below 0.9258 minor support will turn intraday bias neutral and bring some consolidations first. 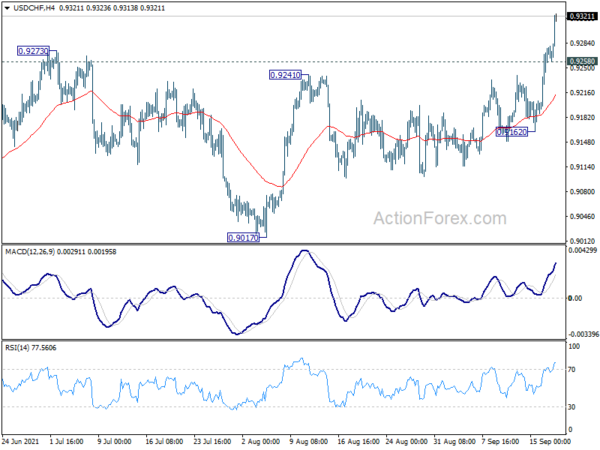 In the bigger picture, the strong rally above 55 week EMA (now at 0.9182) now tilts favor to the case of bullish trend reversal. That is, decline from 1.3042 (2016 high) is probably completed at 0.8756 already. Sustained break of 0.9471 resistance should confirm this case and pave the way to retest 1.0342 ahead. However, rejection by 0.9471 will mix up the outlook again and retain some medium term bearishness. 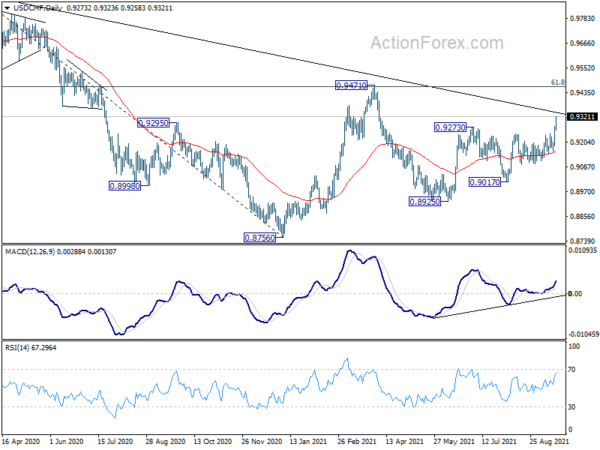 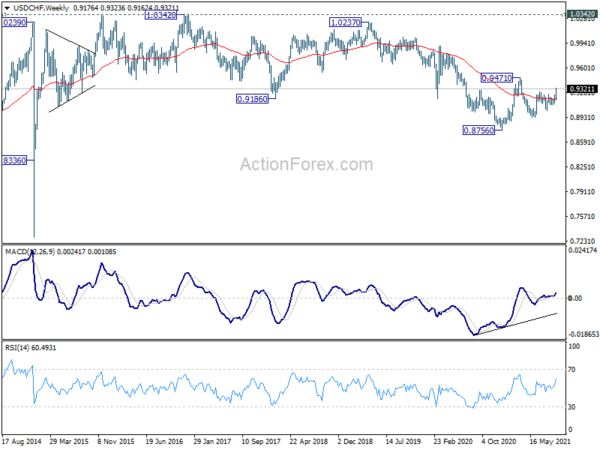 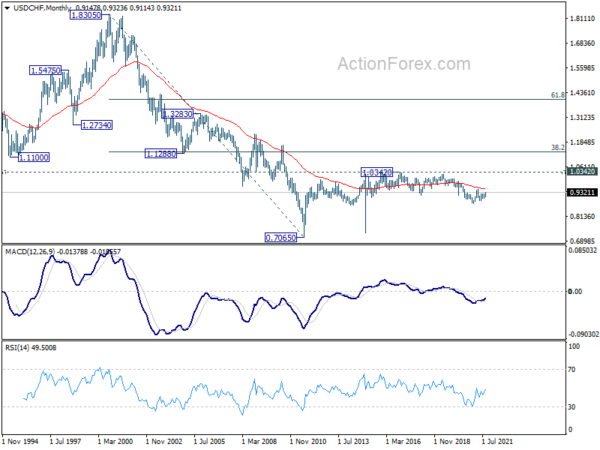