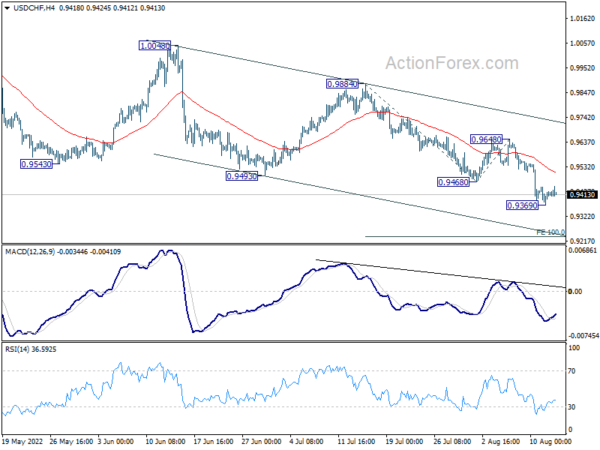 In the bigger picture, break of 0.9471 support turned resistance argues that medium term up trend from 0.8756 has completed with three waves up to 1.0063. Long term sideway pattern might have started another falling leg. Deeper decline would now be in favor as long as 0.9648 resistance holds, to 0.9149 structural support. Sustained break there could pave the way back to 0.8756. 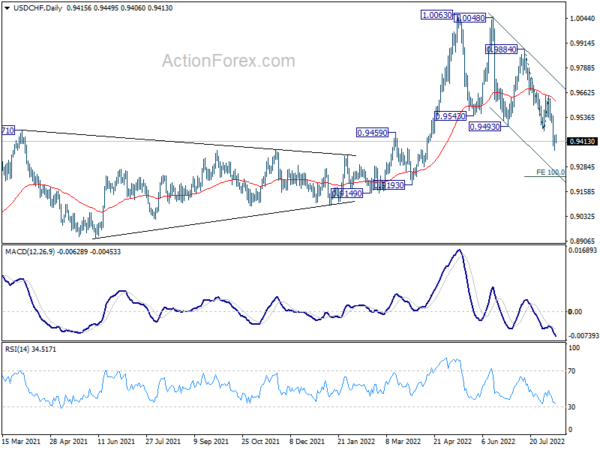 In the long term picture, current development suggest that long term sideway pattern from 1.0342 (2016 high) is extending with another falling leg. While deeper decline could be seen, downside should be contained by 0.8756 support to bring reversal. Overall, outlook will remain neutral for now. 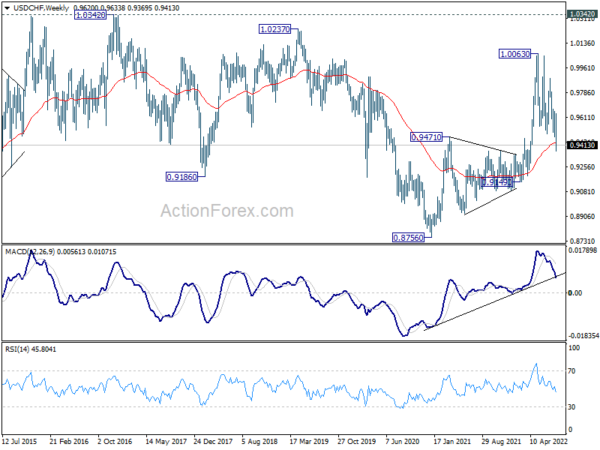 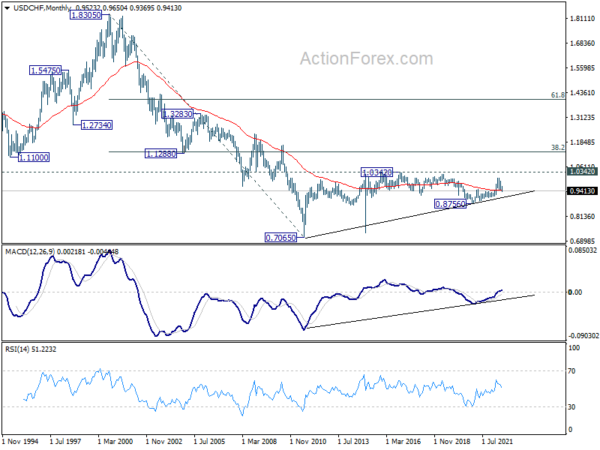