USD/CHF’s rebound from 0.9186 extended higher last week after brief retreat. Initial bias is back on the upside this week for 0.9626 fibonacci level. On the downside, break of 0.9423 is needed to indicate completion of the rebound. Otherwise, outlook will remain bullish in case of retreat. 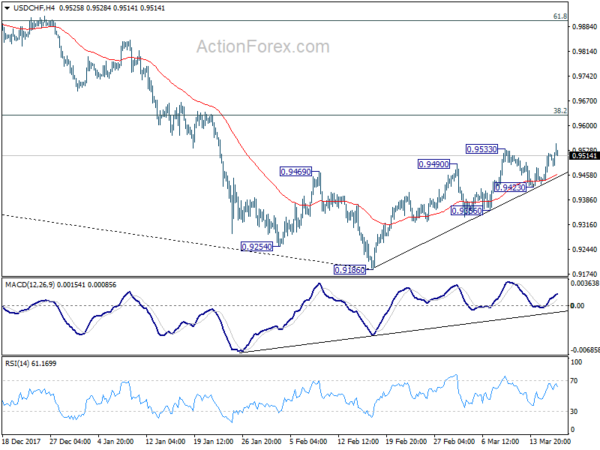 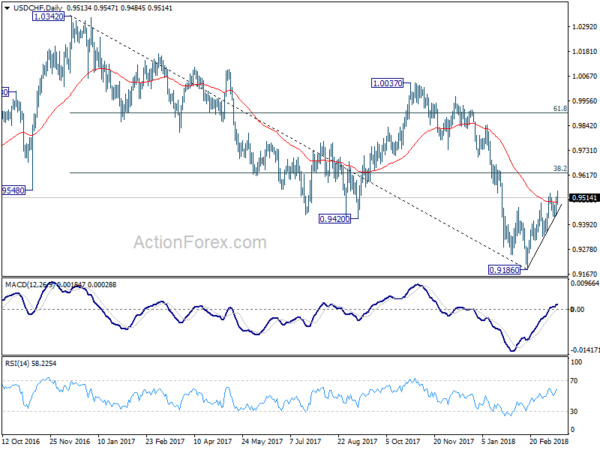 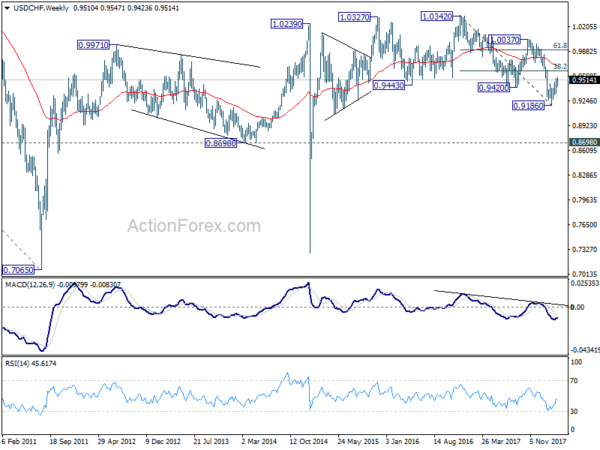 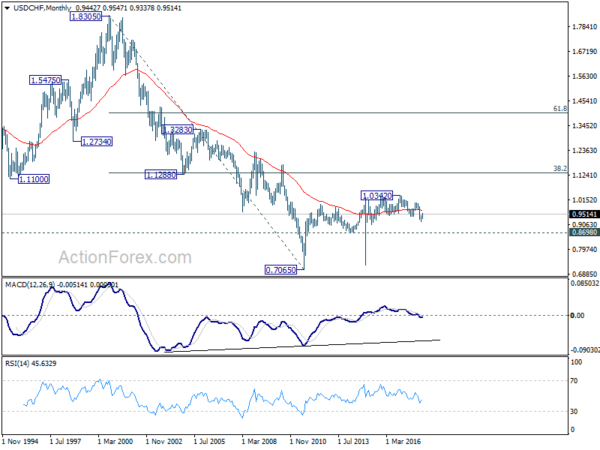