USD/JPY’s rebound from 106.07 extended to as high as 108.16 last week but retreated since then. Initial bias is neutral this week for some sideway trading. Further rise is mildly in favor as long as 106.79 support holds. Break of 108.16 will resume the rebound form 106.07 to 109.85 resistance next. Break will argue that larger rebound from 101.18 might be resuming to 112.22 key resistance. On the downside, below 106.79 minor support will dampen the bullish case and turn bias back to the downside for 106.07 instead. 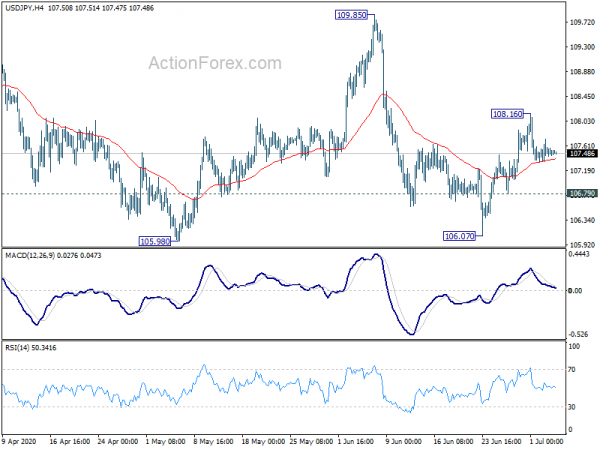 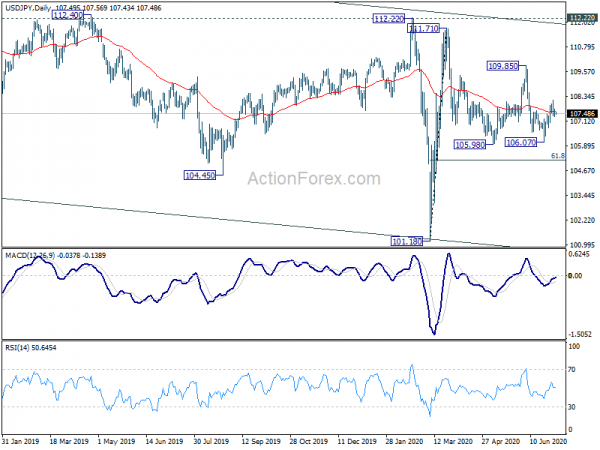 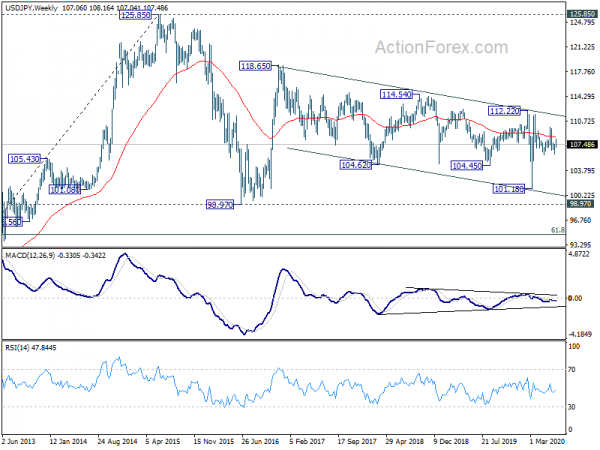 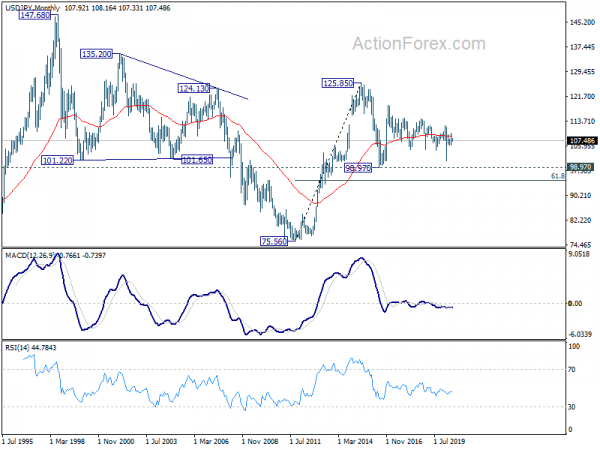