USD/JPY stayed in range of 105.10/107.05 last week despite very high volatility. Initial bias stays neutral this week first. Further decline is in favor as long as 107.05 resistance holds. Break of 105.10 will bring retest of 104.18 support first. Further break will resume whole decline from 111.71. On the upside, break of 107.05 will revive the case of near term reversal and bring stronger rally. 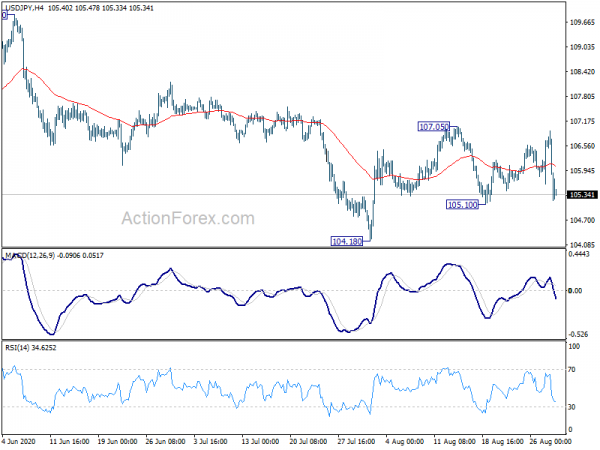 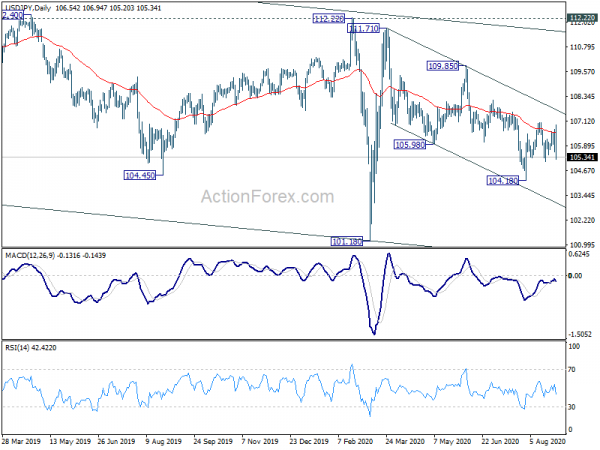 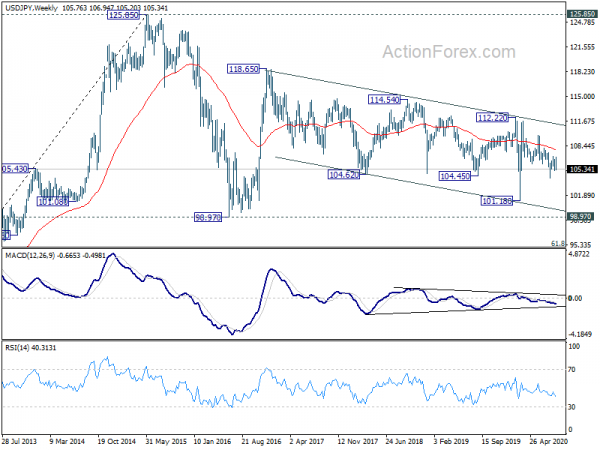 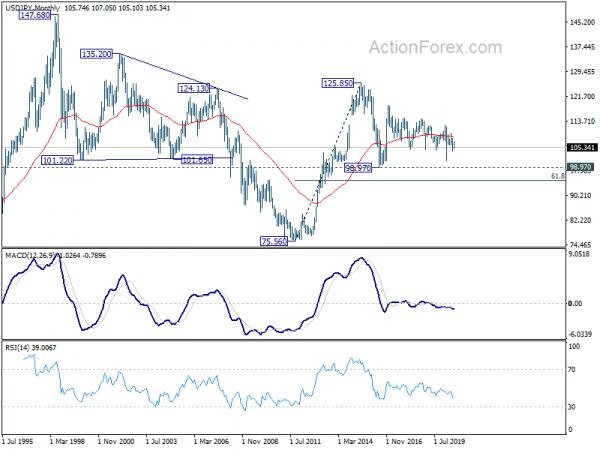