USD/JPY edged lower to 110.10 last week then recovered. Such recovery was relatively weak and was held well below 55 day EMA before losing momentum and retreated. Overall, price actions from 118.65 are seen as a corrective pattern. But there is no confirmation that such correction is finished yet. 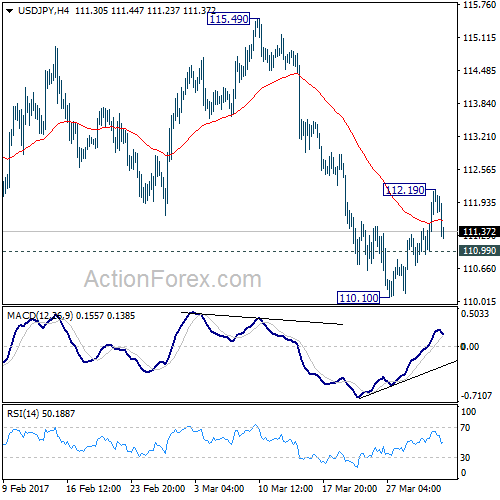 Initial bias in USD/JPY is neutral this week first. On the upside, above 112.19 will turn bias back to the upside. Sustained break of 55 day EMA (now at 112.86) will raise the chance of near term reversal and target 115.49 resistance for confirmation. On the downside, though, below 110.99 minor support will turn bias back to the downside for 110.10 and break will extend the corrective fall from 118.65. 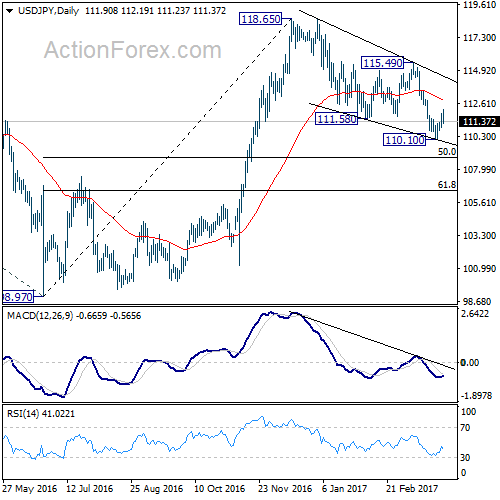 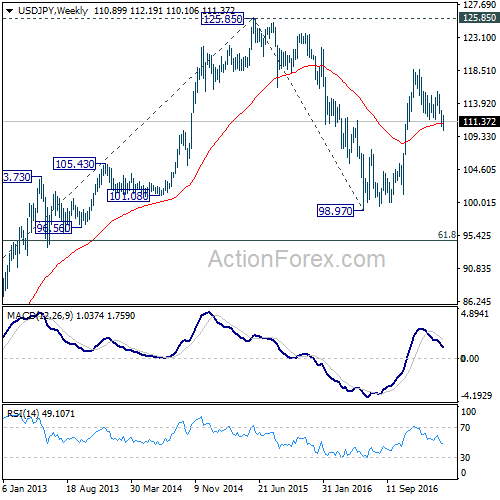 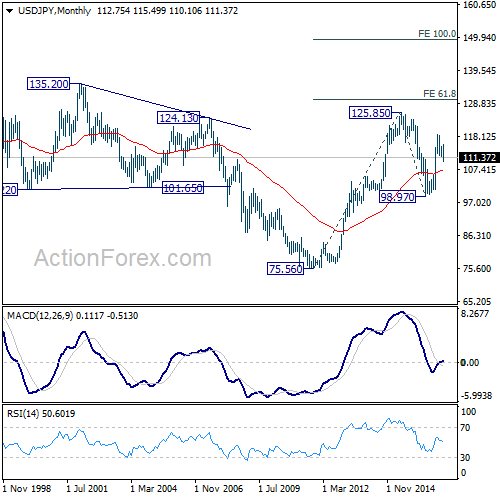