Although cable’s retreat from 1.3521 has kept sterling under pressure and near term downside risk remains for weakness towards 1.3310-20, however, as outlook remains consolidative, reckon downside would be limited and further choppy trading would take place. A drop below 1.3310-20 would revive bearishness and signal top has been formed at 1.3550 earlier, bring retracement of recent rise to 1.3280, then towards 1.3250 but support at 1.3221 should remain intact.

In view of this, would not chase this fall here and would be prudent to stand aside for now. On the upside, expect recovery to be limited to 1.3400 and the Ichimoku (now at 1.3418-21) should hold, bring another decline later. Above resistance at 1.3432 would bring a stronger rebound to 1.3475–80 but still reckon resistance at 1.3521 would hold from here, bring retreat later. 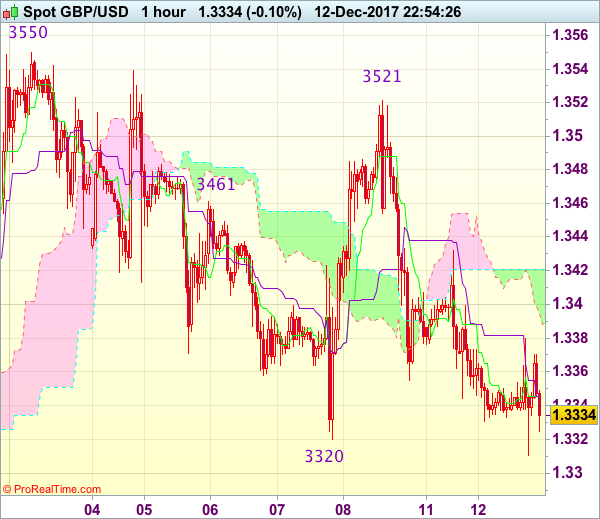