As the single currency has remained under pressure after recent selloff, retaining our bearishness for a retest of 2016 low of 1.0622, however, a sustained break below there is needed to confirm the erratic decline from 1.1201 (2016 high) has resumed for further fall to 1.0590-00, then towards 1.0530-35 but near term oversold condition should prevent sharp fall below 1.0500, price should stay well above 1.0400-10, risk from there has increased for a strong rebound to take place later this month.

On the upside, whilst recovery to the Kijun-Sen (now at 1.0690) cannot be ruled out, reckon minor resistance at 1.0710 would limit upside and bring another decline later. Only a daily close above resistance at 1.0752 would abort and suggest low is possibly formed, bring a stronger rebound to the upper Kumo (now at 1.0789). Looking ahead, a sustained breach above this level is needed to signal recent decline has ended instead, bring further gain to 1.0850 but price should falter below key resistance at 1.0899 (Dec high). 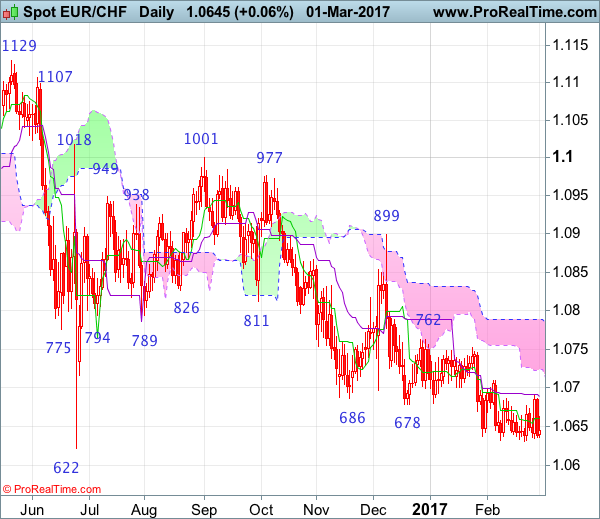 On the weekly chart, as the single currency has continued trading defensively after recent selloff, suggesting the erratic fall from 1.1201 is still in progress and retest of 1.0622 (2016 low) is underway, break there would add credence to this view and extend further weakness to 1.0500-10, however, near term oversold condition should prevent sharp fall below 1.0400-10 (100% projection of 1.1201-1.0622 measuring from 1.1001) and price should stay well above previous support at 1.0314, risk from there is seen for a rebound to take place later.

On the upside, expect recovery to be limited to resistance at 1.0710 and bring another decline later to aforesaid downside targets. Only a break above the previous resistance at 1.0752 would defer and suggest low is possibly formed, bring a stronger rebound to the Kijun-Sen (now at 1.0817) but reckon the lower Kumo (now at 1.0848) would limit upside and price should falter below the upper Kumo (now at 1.0912), bring another decline. In the event euro breaks above indicated key resistance area at 1.1001-18, this would signal recent entire correction from 1.1201 has ended at 1.0622 earlier, bring further rise to 1.1095-00 and later towards resistance at 1.1129. 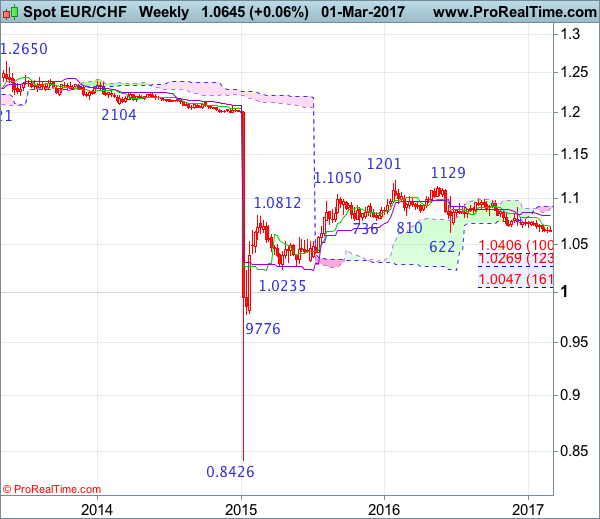