Although the single currency rose to as high as 1.1624 late last week, the subsequent retreat suggests a temporary top is possibly formed there and consolidation with mild downside bias is seen for test of previous support at 1.1345 but break there is needed to add credence to this view, bring retracement of recent rise to the upper Kumo (now at 1.1316), then towards previous support at 1.1259 which is likely to hold on first testing. 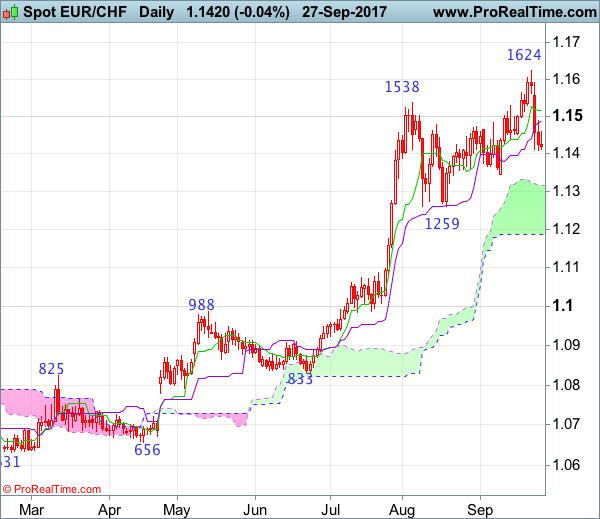 On the weekly chart, although euro rose briefly to 1.1624 late last week, the single currency opened lower this week and has retreated, a black candlestick looks set to be formed this week, suggesting a temporary top has possibly been formed at 1.1624, hence consolidation with mild downside bias is seen for weakness to 1.1390-00 but break of support at 1.1345 is needed to add credence to this view, bring subsequent fall to 1.1259 support, break there would provide confirmation, bring retracement of recent rise towards the Kijun-Sen (now at 1.1140)  which is likely to hold from here. 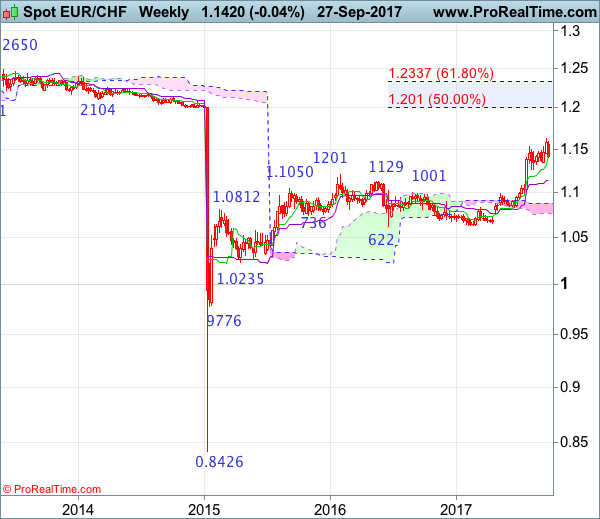