The single currency opened sharply higher today on risk appetite, signaling a temporary low has been formed at 114.85 early last week, hence gain to 121.00 cannot be ruled out, however, as the low at 114.85 is viewed as the 2nd wave a, upside should be limited to 121.80-85 and resistance at 122.26 should remain intact, bring another decline later.

On the downside, although the pullback from 120.88 may bring pullback to 118.95-00, reckon downside would be limited to 118.40-50 and previous resistance at 117.82 (now support) should hold and bring another rise later. Below 117.30-35 would suggest top is possibly formed instead, then test of Friday’s low at 116.46 would follow but only a break below this level would provide confirmation. 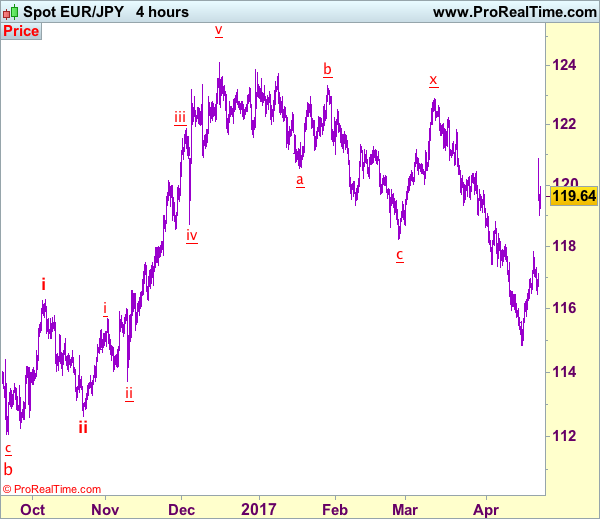