Although the single currency surged to as high as 125.82 yesterday, the subsequent retreat suggests consolidation below this level would be seen and initial downside risk is for weakness to previous resistance at 124.55, break there would bring retracement to 124.00-10, however, reckon downside would be limited to 123.60-65 and previous support at 123.32 should hold, bring another rise later.

In view of this, would not this rise here and would be prudent to stand aside in the meantime. Above 125.50-55 would bring retest of 125.82 but break there is needed to revive bullishness and extend recent upmove to 126.00-10, then 126.40-50, however, near term overbought condition should limit upside to 126.90-00, risk from there has increased for another retreat to take place. 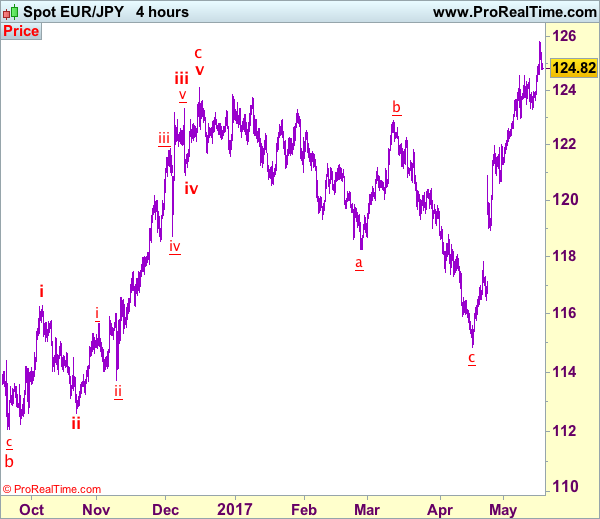