Aussie has finally dropped yesterday and our short position entered at 0.7690 finally met our indicated downside target at 0.7550 (with 140 points profit), adding credence to our view that top has been formed at 0.7741 and consolidation with mild downside bias remains for this fall from there to bring retracement of recent upmove to 0.7512, however, near term oversold condition should prevent sharp fall below previous support at 0.7493 and price should stay above support at 0.7449, bring rebound later.

As we have taken profit on our short position entered at 0.7690, would not chase this fall here and would be prudent to stand aside in the meantime. On the upside, expect recovery to be limited to 0.7600 and price should falter below previous support at 0.7637, bring another decline later. Only break of 0.7700 would signal the retreat from 0.7741 (last week’s high) has ended and bring retest of this level first. 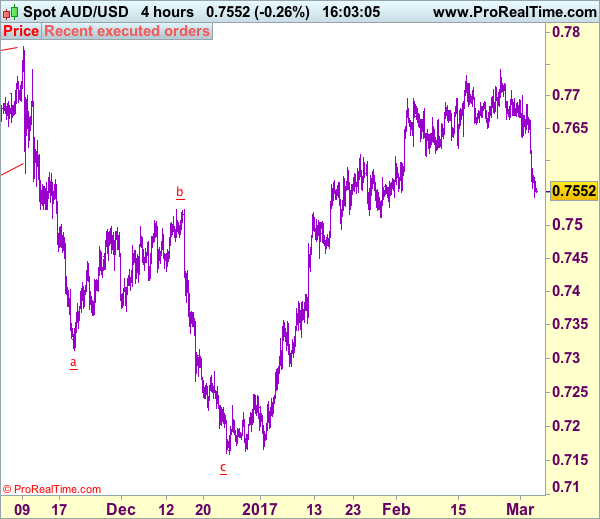